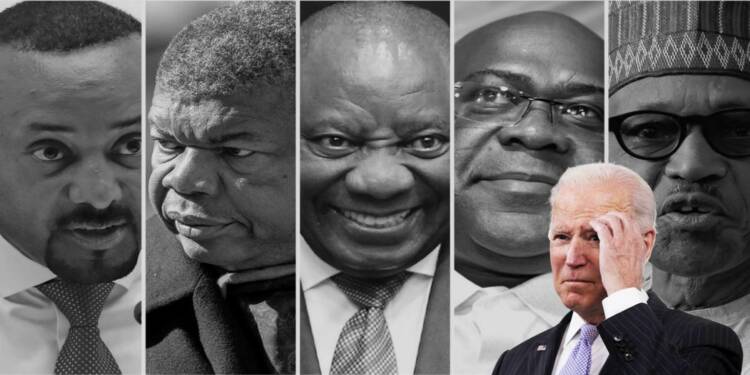 Many commentators frequently characterize the Russo-Ukrainian Conflict as a pivotal moment in international affairs that eviscerated the post-Cold War international order. The conflict is also monumental in the Global South, reviving non-alignment movement and independent foreign policy adaptations as geopolitical tensions between the West and Russia escalate.

The war has revealed the fact that many countries in the Global South, particularly Africa, prefer not to support the West despite having capitalist economies and democratic political systems and values nearly identical to those promulgated by the West.

The absence of resounding support from many African states has bewildered the leaders of Western nations. The US President is therefore frantically trying to restore America’s power in Africa, but his attempts will ultimately crash and burn.

According to recent reports, US President Joe Biden has invited numerous African leaders to attend the US- African summit which is scheduled to be held in December.

The summit, which will be the largest U.S.-Africa engagement in Washington D.C. since former President Barack Obama welcomed African leaders in 2014, will be only the second of its type.

The event in the American capital aims to advance shared goals and strengthen ties between Africa and the United States. It will also present a chance to further the Biden administration’s emphasis on trade and investment in Africa, underscore America’s commitment to the continent’s security, democratic progress, and people, and emphasize the depth of the United States’ commitment to Africa.

According to the new policy, America will work toward four sugarcoated primary goals in Africa. Fostering openness and open societies, providing democratic and security dividends, boosting pandemic recovery and economic possibilities, and promoting conservation, climate adaption, and a just energy transition are the four goals of the new approach.

Biden is making the same ideological mistake in Africa by concentrating solely on political reform instead of the economy. Frequent focus on democratic principles, human rights, and other issues is seen adversely by African states as having a contemptuous odour. African countries have repeatedly criticized the United States for its domineering and paternalistic behaviour toward African countries as well as for attempting to enforce its policy agenda on the world at large.

Africa typically opposes the West imposing unilateral sanctions against other nations, particularly because doing so exposes the West’s use of disparate norms to handle various disputes. African countries likewise perceive the Western usage of the “regime change” rhetoric as extremely troubling and a breach of national sovereignty, for instance Libya and Iraq.

They are, therefore, undoubtedly turning more and more to engagement with powers like China and Russia to achieve their interests. It is well-known that non-interference, reciprocity, and other culturally-based ideals form the foundation of Chinese or Russian financial assistance. Countries like China and Russia benefit from these political ideals because these ideals make them seem like a more desirable friend than Western nations. This appeal results from the fact that a Chinese or Russian partnership doesn’t include the same diplomatic requirements that Western countries place on African nations. Most crucially, financial support from Beijing or Moscow is not contingent on social or political transformation.

Therefore, while African countries may have accepted the invitation to the summit, their acceptance would not borne any substantial results for the Biden administration. Even in the past, we have seen how the South African President Cyril Ramaphosa lambasted the West for its neo-colonial tendencies just days after meeting Biden in Washington.

African nations no longer readily bow to intimidation from the major powers of the world. They rebel against what they portray as American colonialism and egocentricity. The United States needs to cease taking for granted that developing democracies will embrace them. The time of unipolarity, in which the US could puppeteer other countries’ foreign affairs and restrict their sovereignty, has ended. African countries are becoming more self-assertive and confident today. The West could not thwart them. United States’ arrogance and neocolonial language condemning the nonalignment of African countries would only push these countries closer to nations like Russia.