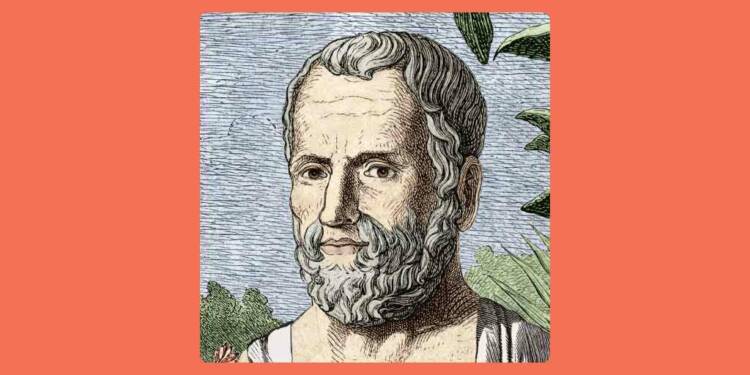 Who is the father of botany? – History and Details

Welcome guys, today in this article we are going to discuss about Who is the father of Botany? And history of botany and short biography of the Theophrastus.

Who is the father of botany?

Theophrastus is known as the father of botany. Theophrastus was a follower and disciple of Aristotle. Aristotle entrusted him with his books, articles, conclusions and works.

Aristotle officially named Theophrastus as his academic successor in his school. He was born in 370 BC, he was a scientist, researcher, botanist, biologist and philosopher. Two voluminous botanical treatises named Inquiry into Plants and On the Causes of Plants are the most important of his publications. Some have called Theophrastus the “father of botany” because of his work and contributions.

Botany is a vast field of study that comes under biology. Biology is a field of science that studies living things and the processes that take place within them to keep them alive. It is the study of life from a scientific and theoretical point of view.

Botany is the branch of science that deals with the study and research of plants and plant-like organisms. This explains why vegetation is so important to the existence of the world. Plants are the progenitors and enhancers of most energy and food chains. They act as the main source of various vital components such as oxygen, food and medicine.

After talking about father of Botany now let’s talk about the history of botany: it is a complex subject that continues to puzzle scientists and researchers around the world. Botany and the root of plant life is still an enigma and researchers are investing so much time, money and energy in probing it.

About 10,000 years ago, during the Neolithic Revolution, the first historical accounts of plants were produced in the form of writing records in organized agricultural societies, where flora and fauna were first cultivated.

The greats of the era, Aristotle and Theophrastus, were both working diligently to discover and characterize plants in the 4th century BCE.

In the year 1674 Anton van Leeuwenhoek’s work under a microscope revolutionized biology when he observed a living cell.

Alexander Oparin discovered the method of synthesizing organic substances from inorganic molecules in 1936 through his experiment. Ecology was recognized as a separate discipline of biology in the 1940s.

The history of botany is a never-ending subject that is updated every day with new concepts and theories corroborated by available archaeological evidence. New techniques are being developed to clarify the way and study the history of botany.

Also Read: Who is the father of geography? Biography and Career

Plant taxonomy is the discipline of the discovery, identification, characterization, classification, and naming of plants. This is one of the most important aspects of taxonomy. The taxonomy of plants can be classified hierarchically as follows.

Botany is a broad field of biology that provides a clear and detailed view of plants, their structure, function, characteristics, existence, adaptation and evolution. It deals with the subjects of plant physiology, plant anatomy, agronomy, cell biology, ecology, bryology, plant biotechnology, plant genetics and many more.