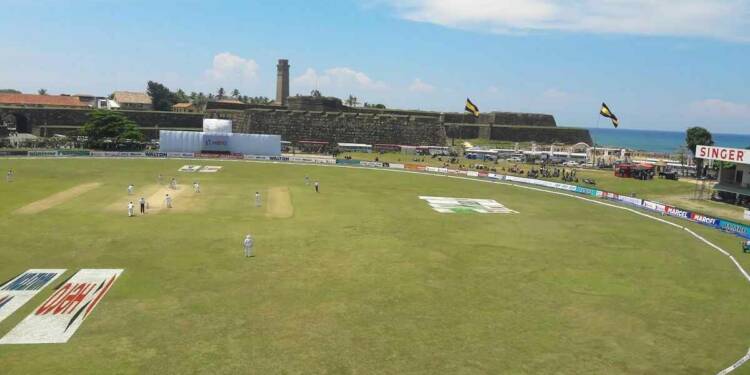 The Galle International Stadium is a cricket stadium in the city of Galle, Sri Lanka, located near the Galle Fort and flanked by trees on both sides of the Indian Ocean. This stadium is considered to be one of the most beautiful cricket grounds in the world. Before being brought up by the international cricket stadium, it was known as ‘The Esplanade’, and this is the home ground of the Galle Cricket Club. This stadium is recognized as one of the luckiest venues for the Sri Lankan national cricket team.

The ground was built in the year 1876 as a race course but changed to cricket stadium later on. There was no permanent pavilion until 1892, when a ‘grand stand’ was built as suggested by PA Templer, the then Secretary of the Galle Municipal Council.

In May 1888 the first school cricket match played at this venue, then known as ‘Galle Esplanade’, between Richmond College, Galle and All Saints College, Galle. In the year 1927, ground was officially declared as a cricket stadium.

On 29 February 1984 the ground hosted its first first-class match. A turf wicket was introduced in the stadium in 1945 under the guidance of Dhanapal Lorensu Heva, who was then the secretary of the Galle Cricket Ground.

Reconstruction of the stadium

The ground was later upgraded to international cricket stadium, and became the seventh international cricket stadium in Sri Lanka capable of hosting Test matches. On 3 June 1998 the first Test match was played at the ground. It was played between Sri Lanka and New Zealand, resulting in Sri Lanka winning by an innings and 16 runs. The first ODI was scheduled to be held between India and Sri Lanka on 25 June 1998, but was abandoned after overnight rain and heavy rain in the morning left the ground waterlogged.

On 26 December 2004, the land was devastated by a tsunami resulting from an earthquake in the Indian Ocean, with flood waters up to 30 meters deep. Most of the buildings of stadium were destroyed, and the ground was largely damaged. In the weeks following the flood, the stadium became a temporary shelter for hundreds of local people who is displaced by the tsunami. A temporary refugee camp and a helipad were built there to assist survivors.

On 8 May 2006 the renovation of the Galle International Stadium began. The ambitious renovation included several new buildings, including a new pavilion and a media center. The seating capacity of the spectators was also increased. The renovated stadium was opened by President Mahinda Rajapaksa on 17 December 2007.

Pitch of the the Galle International Stadium

Field conditions generally favor spin bowling, and thus are considered favorable for a Sri Lankan side that has a number of good spin bowlers and a batting line-up that plays well against spin bowling. This view is supported by the fact that Sri Lanka have won 12 of the 23 Test matches played at the stadium. The ground is adjacent to a Dutch-built fort and is surrounded by the sea on two sides.

The ground covers an area of ​​4.216 hectares, the wicket to boundary distance is 75 yards and the turf used is blue grass. The stadium has three indoor practice nets and four outdoor nets. The average first innings score at the Galle International Stadium is 340. Harsh Munasinghe is the current ground manager. The former ground manager was Jayanand Varnaweera.