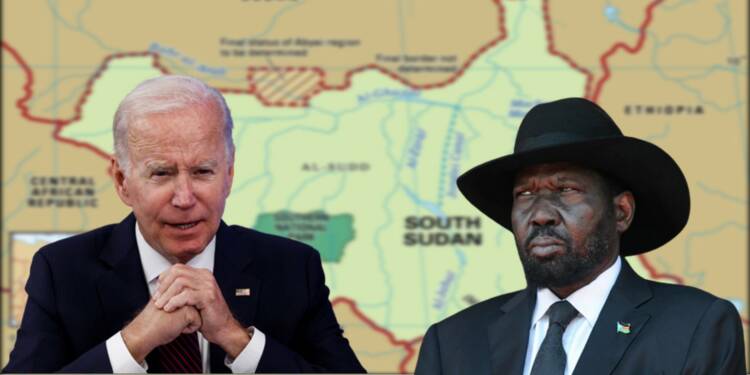 The absence of robust support from many African states, notably during the Russo-Ukrainian conflict, baffles the leaders of Western countries. In contrast to simply bowing to the demands of more strong, rich states, many African nations have emphasised their right to protect their own national interests. A contemporary struggle for self-determination is being waged by the African nations. This has gobsmacked Western countries all over. They are frantically trying to win over African countries. South Sudan is the latest nation that the West is expecting to rely on to sustain its dwindling influence in Africa.

America’s ambiguity about Africa places it at a serious disadvantage and have an effect on U.S. leadership globally. Russia and China are outbidding the United States in Africa in ways that might profoundly alter the balance of power in the world, while Washington concentrates on the Chinese military danger in the Pacific and the Russian military threat in Eastern Europe.

West’s Sahel debacle and its alternative

The Sahel region, a historically significant geopolitical region, recently saw a decline in Western fortunes as France, along with a number of other Western states, announced the end of its ten-year military commitment in Mali.

These losses have encouraged the Western countries to look for other trustworthy allies in order to maintain their sway in Africa, and they are currently courting South Sudan. Given that South Sudan is bordered by Ethiopia, Sudan, Central African Republic, Democratic Republic of the Congo, Uganda, and Kenya, as well as is close to the Sahel region, the African nation may be the ideal option for Western nations.

According to recent reports, the South Sudanese government will be receiving $112.7 million in emergency funding from the International Monetary Fund (IMF) to help address food insecurity, support social spending and boost its diminishing foreign reserves.

The timing of the meeting becomes highly noteworthy. You see, IMF has long championed the interests of its American patrons by advancing policies in developing nations that harmonized with US foreign policy objectives. Thus, it cannot be a random occurrence that the organization’s interest in South Sudan has recently rekindled at a time when the West is trying to win the country’s trust.

It is undeniable that the West, especially the US, has waged a long-running propaganda conflict with rival countries via NGOs like Amnesty International. Make no mistake: the purpose of these reports is to “legitimise” the untrue claims made by the Western nations about the purported “genocide” and war crimes that South Sudan is said to have committed. The US may therefore have the artificially generated pretext for continuing to meddle in South Sudan’s internal affairs by deploying such propaganda to distort global perceptions.

Thus, the America-led West is trying a carrot and stick approach to sway South Sudan.  However, it would be naïve of Western nations to believe they can turn their fantasies of a teetering South Sudan into a reality. The relevance of socio-political freedom and self-determinism in the contemporary geopolitical environment is beginning to dawn on African governments. They have begun to push back against any attempts by the West to obstruct Africa’s development. Pan-African opposition to Western imperialism is growing. They would not be susceptible to the treacherous games of the West anymore.