When conservatives held the baton of the country, crimes were low but ever since the liberals took charge in 2015 the criminals seem to be having a field day 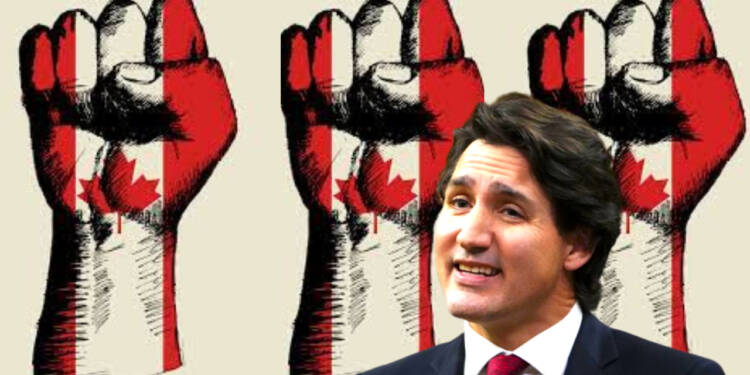 Canada- a country or a crime site? Certainly, a beautiful land until it fell into the hands of the liberals. The country is now in charge of a government which is soft-on-crime and gives leeway to mafias. The liberals in power have been tough on poor Canadians but when it comes to mafias, rapists, harassers, stabbers, assaulters, they are the most generous.

When conservatives held the baton of the country, crimes were low but ever since the liberals took charge in 2015 the criminals seem to be having a field day. The rate of homicides in Canada decreased between 2005 and 2015 but then came the liberals with their liberal supreme court, soft-on-crime policies and their criminal cronies just to make Canada an unsafe place to live.

The lower levels of violent crimes under the conservative regime were to be attributed to their tough-on-crime policies with the left-wingers never getting enough to attack the sensible caucus.

However, much to the criminals’ relief those policies have now either been struck down by the courts or repealed by the Liberals after their victory in 2015. The Liberals have also campaigned for a more radical view of crime, placing the blame for criminal behaviour on “discrimination” and “society” rather than emphasising individual accountability. Perhaps, what Canada is currently witnessing is what validates their stance.

According to data from ‘Statistics Canada’ there are currently 2.06 killings per 100,000 inhabitants in Canada.

A key factor driving the surge in the homicide rate is a significant increase in gang violence.

According to Statistics Canada, “Overall, gang-related homicides continued to account for nearly one-quarter (23%) of all homicides. However, the 2021 gang-related rate was the highest (0.48 per 100,000 population) recorded in Canada since comparable data were first collected in 2005.”

The previous governments worked to make Canada a safe country to live in but all that was erased as soon as the Trudeau government came to power. According to fresh data released this week by Statistics Canada, 788 people were killed in Canada overall in 2021. Additionally, the federal government began collecting gang-related homicides in 2005, and about a fifth of those murders were gang-related.

Read More: Trudeau’s gun control policy comes across as a shot in the arm for Canada’s organised mafia

Today’s Canada stands in a dire need of tougher sentences for violent crimes and efforts from the government. But what is it exactly doing? The government is doing nothing in the direction of reducing crimes in the country. The Liberals just won’t take actions to stop gang violence, and they’ll keep pushing for pitiful light terms for violent offenders with Canada’s soft-on-crime Supreme Court.

Recently, we at TFI covered how the Trudeau government brought in a gun control policy which proved to be a shot in the arm for the country’s mafias. They announced a handgun ‘freeze’ on legal gun owners only to make Canada more dangerous. The Liberals have imposed their handgun “freeze” on law-abiding gun owners. A national handgun freeze was first announced alongside Bill C-21, the strongest gun control measure in over 40 years, in May 2022.

But, it was just a ‘ban’ and not a ‘freeze’. It only targets those who are already abiding by the law, and we are aware that law-abiding Canadian gun owners are not to blame for the country’s high rate of gun crime. Gangs will continue bringing illegal firearms into the nation and using them in crimes while this is happening.

The ban was just implemented by Trudeau to push his political agenda while doing little to nothing in order to address the criminal acts in the country. The Canadians chose and elected a leader to power to safeguard their lives and interests but it seems that he is ringing their death knell.