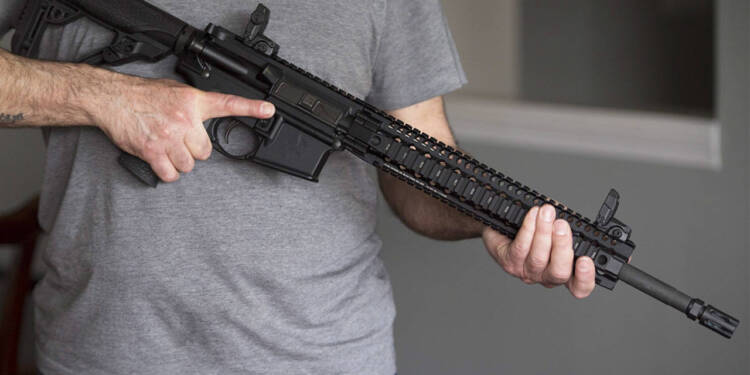 Canada has always been soft-on-crime and we know that. In Trudeau’s land, the innocent are criminalised and the criminals are treated as if they are innocent. The organised mafia has this luxury only until Trudeau holds the baton.

The Liberals just won’t take action to stop gang violence, and they’ll keep pushing for pitifully light terms for violent offenders with Canada’s soft-on-crime Supreme Court. But, on a very rare occasion, the Liberals seem to have taken a tough stance against the gun owners. Well, that is what it seems like. Liberals have announced a handgun ‘freeze’ on legal gun owners only to make Canada more dangerous.

The Liberals have imposed their handgun “freeze” on law-abiding gun owners a day after recordings surfaced in which RCMP Commissioner Brenda Lucki appeared to be attempting to advance the Liberal agenda on gun policy.

“Update: People can no longer buy, sell, or transfer handguns within Canada – and they cannot bring newly acquired handguns into the country.”

In an official statement the government added more details: “The Prime Minister, Justin Trudeau, today announced the national freeze on the sale, purchase, and transfer of handguns comes into effect. From now on, people cannot buy, sell, or transfer handguns within Canada, and they cannot bring newly acquired handguns into the country.

A national handgun freeze was first announced alongside Bill C-21, the strongest gun control measure in over 40 years, in May 2022. While the bill continues to be debated in Parliament, we are taking immediate action through regulations to keep Canadians safe.

The national handgun freeze is part of the government’s comprehensive plan to tackle gun violence. Government has already banned over 1,500 types of assault-style firearms and has strengthened gun control laws to expand background checks. Bill C-21 proposes further measures to keep guns out of the wrong hands like revoking the firearms licences of those involved in acts of domestic violence or criminal harassment, continuing to fight gun smuggling and trafficking, and providing law enforcement more tools to investigate firearms crimes.

But wait, this seems like a ‘ban’ and not a ‘freeze’. And, it will do nothing in the direction of reducing crimes in the country. It only targets those who are already abiding by the law, and we are aware that law-abiding Canadian gun owners are not to blame for the country’s high rate of gun crime. Gangs will continue bringing illegal firearms into the nation and using them in crimes while this is happening.

To prove our claim we have a recent incident in the form of an example. Last night there already have been two shootings in Toronto. Recently, the Toronto Police Operations tweeted on their official account.

As Jack LeDrew noted on Twitter, this has been a recurring theme in Toronto:

“Kids have been shot in parks and at Birthday parties in Toronto. This handgun freeze will do nothing to stop the gang violence in Toronto. I think if this minister is serious, he should offer to resign in 6 months if the gun violence doesn’t decrease.”

Now, this draws questions on ‘Trudeau’s gun ban’. Is it implemented to just push a political agenda? Or actually, make Canada a safe place to live in? While doing little to address gang-related gun crime in urban areas, Liberal “gun policy” is entirely focused on drawing unwanted public attention to law-abiding gun owners in conservative regions of the country.

And it now appears that the crooks aren’t following it. It is nothing but just a shot in the hand for all the organised mafia in Trudeau’s land.

Germany is selling its visas to Russians