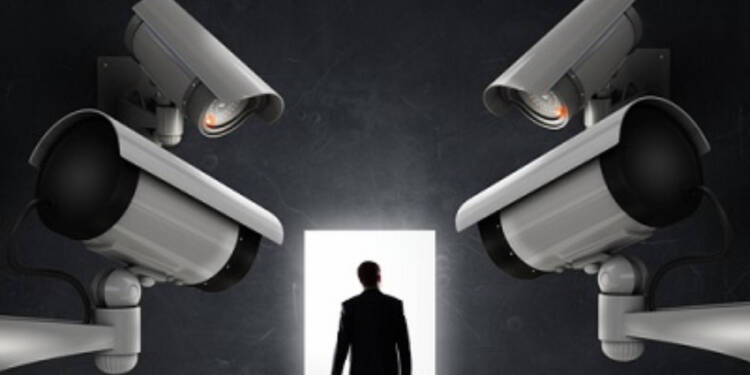 Clearview AI: When we imagine a dystopian world, a picture of an authoritative and militarily police surely comes to our minds. We see a world where law enforcement does not respect civil liberties, instead actively spies on citizens without their knowledge or consent. Sadly, some autocratic countries, such as China, have already evolved into dystopian surveillance states. And there are others who are ready to follow. Can you guess who is next in line?

It is Trudeau’s Canada- a self-proclaimed human rights champion and defender!

Canada’s national police force, The Royal Canadian Mounted Police, or the RCMP, has now reportedly signed contracts to use a variety of facial recognition tools. The details of the same were revealed in recently submitted documents to Parliament.

It is not the first time that the RCMP has deployed any monitoring methods. In 2020, in an investigation published by the New York Times, it was revealed that Clearview AI, a tech start-up scraped 3 billion images of people from the internet and sold access to law enforcement agencies. After initially denying it had used the software, the RCMP in February 2020 publicly acknowledged having used Clearview AI.

The RCMP’s contract with Clearview AI was suspended in July 2020 as a result of a combined federal-provincial privacy inquiry. The Canadian government’s privacy watchdog declared in 2021 that “what Clearview does is mass surveillance and it is illegal.”

Despite such criticism, the RCMP is still interested in using face recognition software. According to POLITICO, the documents provided recently in answer to a question from a Conservative member of Parliament, the RCMP revealed that it used at least two other facial recognition tools in addition to Clearview AI.

Vito Pilieci, a spokesperson for the federal privacy commissioner’s office told POLITICO that the RCMP increased the use of Traffic Jam and Spotlight this past summer but has not yet submitted privacy impact assessments.

Members of the House of Commons have also called on the RCMP to increase its transparency, including in answers given during one in a series of hearings on facial recognition held by the Standing Committee on Access to Information, Privacy and Ethics.

Read more: RCMP planted weapons in an Albertan house to suspend civil liberties in the province

However, the RCMP has so far disregarded all the requests and concerns and has kept expanding its mass surveillance operation. Considering this is happening in a democratic nation like Canada, this is indeed shocking. By refusing to be held accountable, the RCMP is certainly overstepping its authority.

And if it continues to abuse its power unchallenged, it won’t take long for it to turn into the military, authoritarian police force that one could imagine in a dystopian society!