Surely, the RCMP needs an overhaul. But nothing has yet been done in that direction. 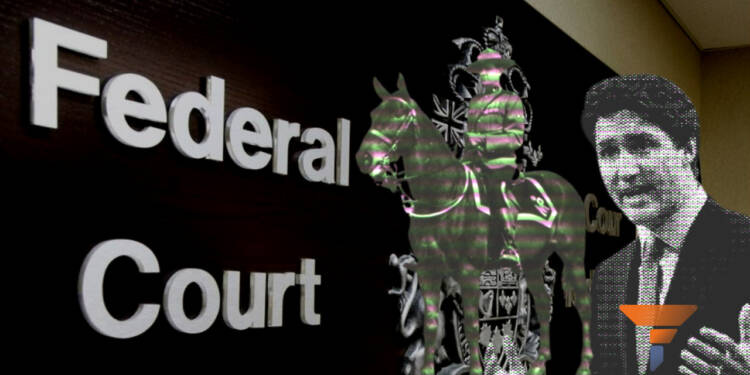 Lawsuit against RCMP: Do you know how many controversies Royal Canadian Mounted Police or the RCMP has been involved in? We keep hearing about RCMP’s dirty tales almost every other day. But it looks like the Federal court of Canada has had enough of it. Now, the Federal Court of Canada has acknowledged that RCMP is actually good for nothing.

We know how the Royal Canadian Mounted Police force has been a great source of unbearable nuisance for the Canadians. But the experience is the same even for its own staffers. Reportedly, the force even failed to provide a workplace free from bullying, harassment and intimidation.

But, to everybody’s relief, the Federal Court of Canada has now come into action. The court has certified a $1.1 billion class action (lawsuit) against RCMP over the alleged claims. The lawsuit, which dates back to 1995, seeks damages on behalf of all active, retired, and reserve personnel of the RCMP. The victims have filed a 44-page document in the court giving a detailed account of the difficulties they had to face at the workplace.

The lead plaintiffs allege there has been a culture of systemic bullying, intimidation and harassment at the RCMP that affected everyone who worked for the national force.

All current and former RCMP members, civilian employees, special constables, and reserve personnel, who served with the national force during and after the mid-1990s.

Geoffrey Greenwood and Todd Gray, two veteran Alberta Mounties who are the representing plaintiffs, claim that everyone who worked for the national force was subject to a widespread culture of harassing co-workers.

Although the RCMP are refuting the accusations, we are well aware of the incompetency of the force. We at TFI have already reported that RCMP is full of rapists, corrupt, molesters and paedophiles. Thus, the revelations of an awful and toxic work environment come as no surprise.

The RCMP is full of proven monsters whose heinous crimes will reduce you to tears. The officers themselves are charged with a litany of offences. You look to the police for protection. But, if you are living in Canada, then you are definitely over-expecting. The police themselves do not get tired of committing damning crimes in the country.

But, now the Federal Court of Canada has risen up in arms to show Trudeau’s RCMP its place.

The certification on Sept. 20 follows the Supreme Court of Canada’s rejection in March of the federal government’s attempt to stop the massive class action from proceeding.

A fearful RCMP say in its defence that “there is no room for harassment, bullying and intimidation in the RCMP.” It added, “It is incumbent on every employee to come forward and speak out against this behaviour, and for our leaders and supervisors to take immediate action to stop it. We continue to strongly encourage anyone who feels they are the victim of inappropriate behaviour to report it. Prevention is key to ensuring that the workplace remains a safe and respectful space for everyone.”

The RCMP has been involved in a series of controversies. The most recent one is the inefficient probe into Saskatchewan stabbings, where it is alleged that RCMP itself orchestrated the horrific events to malign the conservative provinces.

Read More: The 2020 Nova Scotia shooting was done at the behest of “some politicians”

Then comes the revelations of the sinister truths behind the Nova Scotia mass shootings. RCMP was accused of burying the facts about the Nova Scotia episode just to save its face. In Canada, girls and women have not been able to trust the RCMP to protect them. After all, how can they feel safe with police officers pepper spraying women, using tasers on them and male officers strip-searching them?

According to Human Rights Watch, dozens of women and girls have been physically and sexually assaulted by police officers. It even published a report a few years back to prove the claims- which include police threats, torture, and sexual assault. The report called on the federal government to launch a national inquiry, but sadly, the crimes are still being perpetuated.

It’s a real question, how will the citizens entrust such a corrupt police force with the responsibility for their safety and well-being? Surely, the RCMP needs an overhaul. But nothing has yet been done in that direction. In fact, Trudeau has cherished it like a political tool for himself. Amidst law enforcement becoming a complete joke in Trudeau’s Canada, the Federal Court’s lawsuit comes as a ray of hope.