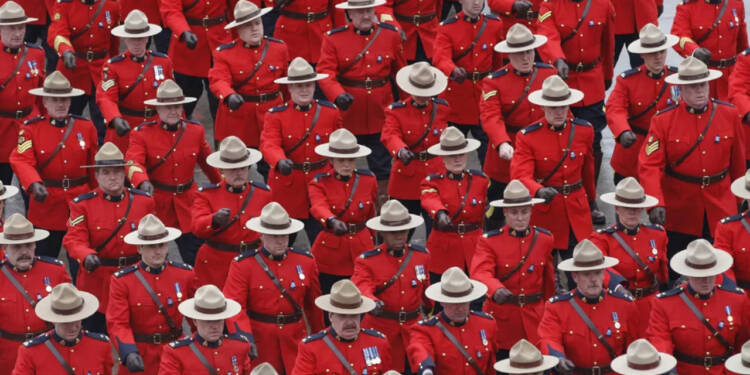 Do you know how many controversies Royal Canadian Mounted Police or the RCMP has been involved in? Well, you just google it and you get a whole series of them. The most recent one is the inefficient probe into Saketchwan stabbings and the revelations of the sinister truths behind the Nova Scotia mass shootings. However, RCMP has a history of failures. Why is the federal police service so incompetent? Does the RCMP have a pre-test when looking at enrolment? Today we will tell you about another horrific controversy that the RCMP has been involved in. The organisation is full of Rapist, Corrupt, Molester and Paedophile police officers. Where did the RCMP get so wrong in hiring individuals? Well, wait, they certainly knew the type they wanted.

The RCMP is full of ‘self-admitted’ monsters whose crimes will reduce you to tears. The officers themselves are charged with a litany of offences. You look to the police for protection. But, in Canada girls and women have not been able to trust the RCMP to protect them.

After all, how can they feel safe with police officers pepper spraying women, using tasers on them and male officers strip-searching them?

According to Human Rights Watch, dozens of women and girls have been physically and sexually assaulted by police officers. It even published a report a few years back to prove the claims- which include police threats, torture, and sexual assault. The report called on the federal government to launch a national inquiry, but sadly, the crimes are still perpetuated. Women and girls in Canada are still not safe in the hands of the police.

“It was very moving to sit across from these women and girls and hear them tell their stories,” Meghan Rhoad, a U.S. researcher with Human Rights Watch, told CBC News.

A few years back, two researchers — one from Canada and one from the U.S. — spent five weeks in the province of British Columbia, visiting 10 communities between Prince George and Prince Rupert and hearing accounts from indigenous women of alleged mistreatment at the hands of police.

The researchers interviewed 50 aboriginal women and girls, plus family members and service providers, in northern B.C. They heard stories of police pepper-spraying and using Tasers on young native girls, and of women being strip-searched by male officers.

“It was very moving to sit across from these women and girls and hear them tell their stories,” Rhoad told CBC News.

However, she told reporters that researchers found levels of fear among aboriginal women with negative stories about police “comparable to post-conflict situations, like post-war Iraq.”

“We look to the police for protection, and our girls and women have not been able to trust them to protect them,” said Sharon McIvor, who is with the Canadian Feminist Alliance for International Action and is a longtime advocate for aboriginal women.

“Not only are they not protecting them adequately, but they are perpetrating offences against them — criminal offences,” she said.

According to the research, certain reports of harm done to women and girls seem to be the result of ineffective enforcement strategies, overly aggressive policing, and victim-unfriendly policing.

Eight instances of physical assault or use of “questionable” force by police on girls under the age of 18 were documented by Human Rights Watch.

The report also included disturbing and vivid allegations of sexual and physical abuse, including those made by a woman who was identified as being homeless and who described how police had taken her outside of town and sexually assaulted her.

This explains why an incompetent RCMP fails every time.

Once, a disgraced RCMP officer was convicted of torturing his captive 11-year-old son at their home in suburban Ottawa. Now former officer, who can only be identified as D.D., for the “horrendous abuse” inflicted on his boy, some of which was videotaped.

D.D., who was an RCMP counter-terrorism official, was convicted in 2016 of a litany of offences, including aggravated assault, assault with a weapon, sexual assault causing bodily harm, and unlawful confinement.

The case, which reduced investigators to tears, came to light in 2013, when his own starving boy escaped the family home.

His injuries included burns to his genitals from a barbecue lighter and scars around his ankles left by shackles.

Read More: The 2020 Nova Scotia shooting was done at the behest of “some politicians”

You can’t even believe you are living with such devils in your house now. It’s gut-wrenching to know a parent could commit such heinous acts and torture their own boy. No wonder people don’t feel protected under such incompetent officers.

How will the citizens trust such a corrupt police force with their safety? Surely, the RCMP needs an overhaul. But nothing has yet been done in that direction. and there is no sign that there is a will to do so either. Law enforcement is surely a joke in Trudeau’s Canada.