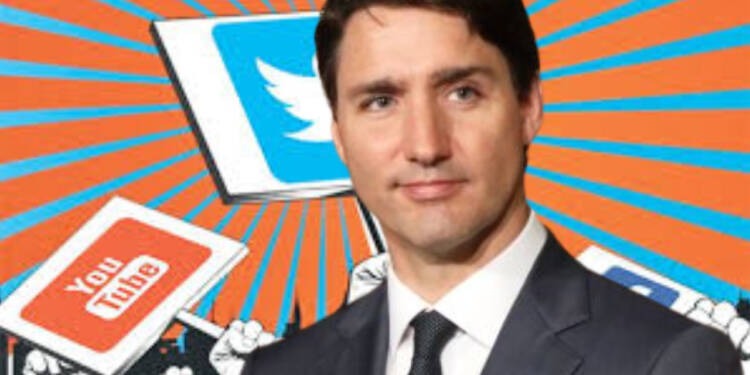 Bill C-18: How did you get your news today? Did you go to a mainstream news site or channel to find out what’s going on in the world? Or you decided to get your information through an alternative platform, probably accessed through your phone. For those who are here, chances are you opted for the latter option. And this is not a guess to make anymore, as data now proves that more and more Canadians are now turning away from established media platforms to other online platforms. We have earlier told you that this shift has not been well received by the ruling government, which funds these mainstream media organizations. And thus liberals are now anxious and have set in motion a witch hunt against honest independent Canadian media outlets

“When we see that hundreds of news outlets have closed in this country since 2008, and we’ll see the argument that well, a couple of hundred other online news organizations have popped up in that time, what we don’t see is that they’re not news. They’re not gathering news.”

Liberal MP Lisa Hepfner, herself a former journalist, made this comment recently during the clause-by-clause review of Bill C-18 while detailing how the government only views incumbent news outlets as worthy of support.

When the Liberal government introduced Bill C-18, it expressed its intention to support Canada’s news industry. The reasons given were to sustain local journalism, support innovation in news, and ensure diversity in the news industry.

However, does Bill C-18 really solve the problem it talks about? The answer is no. Many experts believe that the government wrongly describes that the news business is in crisis as online platforms are ‘stealing’ news content from news producers. They say that online platforms are not stealing news content from news companies. It is news companies themselves who post their articles on online platforms the most; they voluntarily encourage the spread of their content on social platforms. They could easily block their articles from being shared on platforms if they wished to do so. In fact, the Bill C-18 will actually encourage the spread of more low-quality news content on Canada’s Internet.

Many independent and alternative news media platforms agree that there is a crisis for them in terms of funding news production. Many news media startups, as well as local news, in particular, have suffered massively as their advertising revenue has dried up.

Though the Liberal government claims that this bill will breathe new life into these dying media outlets, it is actually planning to pour more money into its pet media belly.

According to a report by the Parliamentary Budget Officer, the majority of the $329 million annually that the federal Online News Bill would inject into the news business would go to broadcasters, notably the publicly financed CBC.

Less than a quarter of the money invested in journalism by tech giants like Facebook and Google would go to newspapers and online news outlets, the analysis claims. Broadcasters like the CBC, Bell, Shaw, and Rogers would receive the majority of the fund if the bill becomes law.

Thus, the sinister motives behind Bill C-18 are not well-hidden. The bill gives the Canadian Radio-Television and Telecommunications Commission (CRTC) unprecedented, sweeping new powers to regulate every aspect of the Canadian news industry. The CRTC would be responsible for determining who is a journalist. The CRTC will have unlimited authority to demand information from both platforms and news businesses.

The bottom line is that the Bill C-18 would enable the federal government to have enormous power when regulating the news that Canadians rely on, with few if any checks and balances. This is a part of the government’s larger attempt to keep its media outlets relevant at a time when people no longer trust them and prefer to hear more differing views. However, in its haste to enact its draconian laws, the desperate government, instead of solving its issues, is bringing more threats to the Canadian news industry.