With Bill C-18, Trudeau government is set to pump more funds into its pet media 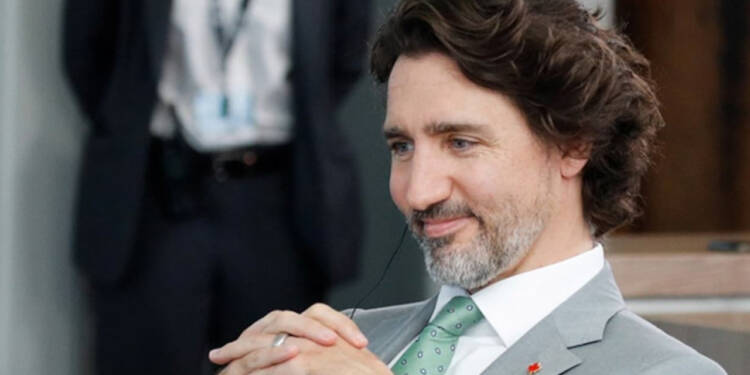 ‘Oh save us! Our lives are in danger, we are being harassed, we are being subjected to online hate and extremism. We are being abused. Do something to save us.’ This is what the Canadian elite media screamed about a few months back. The big media in Canada is breathing its last. But, do they really need to worry when the samaritan in Trudeau is there for them?

The Trudeau government, in the garb of injecting life into struggling local papers, is all set to pump more funds into its pet media belly.

According to a report by the Parliamentary Budget Officer, the majority of the $329 million annually that the federal Online News Bill would inject into the news business would go to broadcasters, notably the publicly financed CBC .

Less than a quarter of the money invested in journalism by tech giants like Facebook and Google would go to newspapers and online news outlets, the analysis claims.

Newspapers and online media would receive $81,550,000 annually, according to the PBO’s analysis, which also found that broadcasters like the CBC, Bell, Shaw, and Rogers would receive $247,677,000 if the bill becomes law. The PBO is an independent organisation that offers economic and financial analysis to MPs and senators.

According to Michael Geist, the Canada Research Chair in Internet Law at the University of Ottawa, the study refutes the government’s assertion that bill C-18 will revitalise struggling local newspapers.

“The fact that three-quarters of the money will be going to broadcasters, some of which are the richest companies in Canada, plus the public broadcasters which are heavily subsidized already, undermines the government’s whole premise of the bill,” he said. “Papers will be left fighting over the scraps.”

The PBO cost estimate follows a more thorough review of Bill C-18 earlier this month, which predicted that the legislation will boost Canada’s news business by $329 million annually.

A spokesperson for Heritage Minister Pablo Rodriguez, Laura Scaffidi, questioned the analysis that suggested newspapers would lose revenue to broadcasters, such as the CBC.

“The PBO report is based on a hypothesis. We can look to Australia as an example of what has happened as a result of similar legislation. Smaller media got their fair share, actually averaging even more than larger media. Bill C-18 is Canada’s approach to that model, with extra measures to ensure that local media are fairly compensated by the tech giants.”

The Liberal administration is allegedly attempting to push the bill through the Commons quickly without consulting witnesses like Facebook, according to the Conservatives.

This week, Conservative MPs attempted to approve a motion to extend the Commons heritage committee’s time for review, but it was defeated by Liberal MPs.

On Friday, Mr. Rodriguez is scheduled to come before the heritage committee and answer inquiries about Bill C-18.

After advertising money shifted to the tech giants, he said that Canada’s struggling news business, particularly small and regional media, required the law to stay afloat.

A few months back the established media in Trudeau’s Canada was feeling threatened as more and more people were turning towards alternative media. They have been voicing their concerns and urging the federal government to do something on their behalf. The established media was literally begging for help. Trudeau’s pet media pleaded for government support as they were on the “brink of collapse!”

And, now the Samaritan in Trudeau seems to have woken up. The bill is wearing a cloak of helping the struggling local media in the country but in actuality is set to fill the coffers of the established elite media.

Just when South Africa was about to get normal, Biden sent his FATF attack dogs