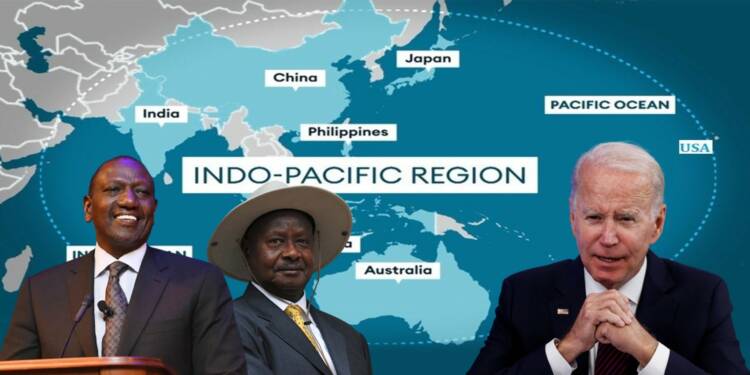 The leaders of Western nations are flummoxed by the lack of substantial support from many African states, particularly during the Russo-Ukrainian conflict. Numerous African countries have underscored their right to defend their own national interests rather than merely caving into the demands of more powerful, wealthy states. The West has traditionally weaponised commerce and financial assistance to influence African foreign policy. But the Western nations have been caught off guard by the radical initiative taken recently by African countries to have a diversified FDI.

African nations have historically been a recipient of Western trade and grants but they never saw the nefarious ploy of the West behind such charity. Western countries have always used subsidies and aids as a smokescreen to hide their “sustained looting” as the host countries lose nearly billions of dollars per year through tax evasion, climate change mitigation, and the flight of profits earned by foreign multinational corporations. The goal is to exploit the vulnerabilities of smaller countries, pulverise them in a web of aid and dependency, and then loot them of their resources.

Exploited and abused for millennia by white colonial powers and deceptive economic structures, there emerged a growing sense of solidarity and indications of resistance against Western paternalism in the African continent.

Africa also benefitted tremendously from great power rivalry between US- and China. The competition between the U.S. and China favours Africa by requiring each side to provide what it deems to be its strongest offering. It forced the West to acknowledge that the money it has embellished for years under the nebulous heading of “capacity-building” has been a con job.

To further add to Western woes, African countries have now started engaging with mighty economies from the Indo-Pacific region to further diversify and thereby strengthen their domestic economies.

President Ruto arrived in Seoul, South Korea, emphasising that the goals of his visit will be to strengthen economic relationships and open up investment prospects in the energy sector.

You see, African leaders have made it clear that they do not want to be exploited as players in a proxy conflict and that partnership diversification is their top strategic priority. Additionally, the continent is engaging more with developing nations like Turkey, India and the likes. These partners have led to an expansion in the number of embassies on the continent and to a brisk economic diplomacy focused on opportunities in the markets and infrastructure for each party’s interests. Chinese mining companies are facing competition from Turkish and Indian firms for mining contracts in Africa, which might be profitable for the continent if talks are handled efficiently.

The optimal way for offers from competing partners to complement their national development agendas is being determined by African governments. They have begun to slough off a “take it all” attitude and accepting transient, opportunistic offers. They have made it plain that loans, grants, and gifts must fit into the national development plans of African countries and result in projects that have a tangible impact on people’s standards of living.

Contrary to what Western countries believe, the US-China rivalry may not present an either-or choice for common African residents, but rather a win-win situation for the continent.  African nations are starting to realise the importance of socio-political independence and self-determinism in the modern geopolitical context. They have started to fight back against any Western attempts to impede Africa’s growth. The West needs to lower its arrogance. It is no longer the only player in Africa but one among the many nations that African countries are engaging with in accordance to their national interests.