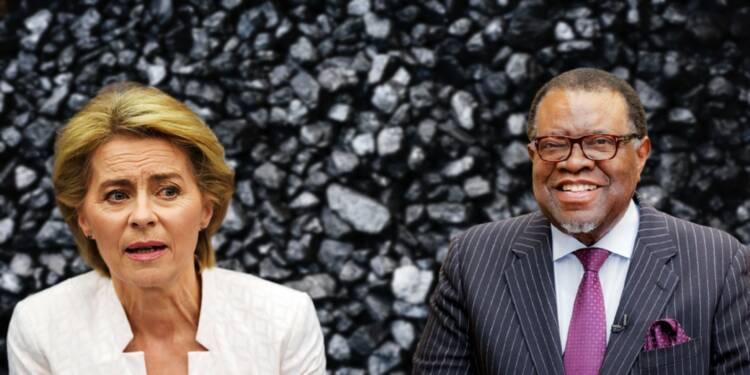 Russia supplied nearly 70% of the European Union’s coal thermal imports last year but the supply was halted in the backdrop of Ukraine-Russia crisis. Therefore, the bloc is attempting to quell the crisis brought on by Moscow’s coal supply cuts. As a result, in an effort to diversify their energy supplies, European nations made an effort to engage with Africa.

The Ukraine-Russia crisis has thus ignited the importance of the resource-rich Africa. Gasping for energy sources, the Western nations have started a neo-Scramble for Africa. But much to their misery, the European nations haven’t had much success.

National capitals have been rushing to increase their gas reserves in preparation for the winter as Europe experiences its greatest energy crisis in decades due to the conflict in Ukraine. But coal, another important alternative fuel, may soon be in limited supply.

In April, the European Union imposed sanctions in reaction to the invasion of Ukraine and banned the import of Russian coal. It has been searching for substitutes ever since.

The EU still relies on Russian coal imports to generate electricity, with Russia accounting for 70% of the EU’s thermal coal imports, according to a report by Bruegel, a Brussels-based think tank that focuses on policy and economic issues. Germany and Poland are particularly dependent on thermal coal imports, the Bruegel report said.

The European fuel crisis has actually been a boon for the resource-rich developing nations of Africa.

Since the start of the war, coal prices have more than doubled, and African mining corporations are understandably rushing to increase production and profit from the high prices. Botswana’s President, Mokgweetsi Masisi, stated a few months ago that the country receives a stream of requests from Europe for coal supplies and estimates that there is a market for more than a million tonnes of coal per year in the West as a result of the conflict in Ukraine. It was ironic to observe that the same Western countries who formerly chastised poor countries for relying on fossil fuels are now pleading with them for the same.

Strong demand for coal from Europe bodes well for Botswana coal miner ‘Minergy’.  Up to earlier this year, Botswana’s Minergy Coal had only exported to neighboring countries from its Masama Mine, said Morné du Plessis, the company’s CEO. But now he said Minergy has exported coal beyond Africa, thereby helping the African country to fatten its coffers.

But alas, the European countries will inevitably continue to suffer the consequences of their over reliance on Russian energy supplies and the ensuing ill-advised sanctions against Moscow. As soon as things started to look better, tragedy struck in the form of an interruption to South Africa’s railway lines that affected Botswana’s supply lines.

As a result, new commute lines are to be discovered. According to recent reports, Namibia’s state-owned railway company TransNamib is planning to shift coal exports from Botswana off the road and onto rail by early next year, potentially doubling exports via Walvis Bay port, its CEO said.

This would surely not be music to European leaders’ ears. Namibia has shown its allegiance to Moscow throughout the war in Ukraine. When the United Nations General Assembly in an emergency session took a vote to condemn Russia for its war against Ukraine, Namibia abstained with 15 other African states. Moreover, the United Nations Human Rights Council (UNHRC) voted to urgently debate the Russia-Ukraine crisis. Here too, Namibia decided to abstain. To be clear, bonds with the former Soviet Union have left deep marks and loyalties in the Namibian foreign policy. Voting patterns in the United Nations thus displayed a calculated response in refusing to take any critical distance to the former main supporters of the anti-colonial struggle.

To put it another way, the future of European coal imports is now under the authority of Russia. It might only exacerbate Europe’s already precarious situation. Do not misunderstand; it is their leaders’ audacity and stupidity that has endangered the lives of the Europeans. It’s high time the people demanded an explanation from their leaders for putting them through this ordeal.