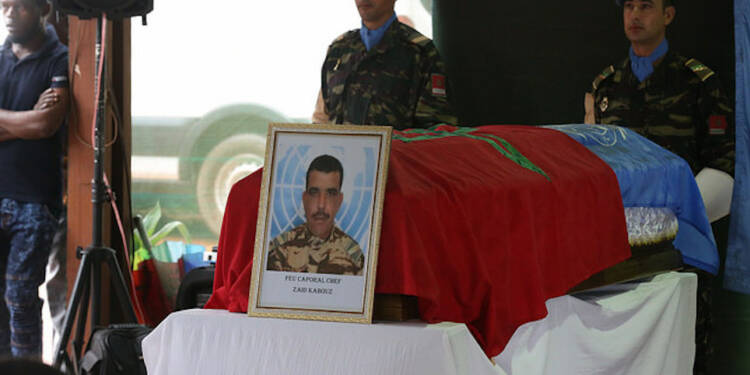 The United Nations (UN) has long championed the interests of its American patrons by advancing policies in Africa that harmonized with US foreign policy objectives The organisation has insisted during the past few decades that it is dedicated to promoting peace in the developing nations. However, numerous studies reveal that the United Nations has failed in reducing ethnic violence in many African countries. Moreover, the UN assistance comes with strings attached called “conditionality”. Controlled by Washington, the organisation frequently compels governments in Africa, Asia and Latin America to undertake structural transitions which often overlap with the culture of the West. The United Nations (UN) is playing a very nefarious game in Africa and we at TFI are going to debunk that.

At a time when Cold War rivalries regularly prevented the Security Council from acting, peacekeeping developed into the most crucial tool available to the UN for preserving peace and security in conflict areas. The disagreement between the Global North and South on the purview and mandates of peacekeeping operations is regarding the motive of deployment of UN peacekeeping forces. The positions taken by participants on both sides are inconsistent. For instance, under the pretext of UN peacekeeping, the Global South nations have accused Western nations of pursuing interventionist policies.

Do not be misled; the grievances of the developing world are valid. The United States has traditionally exploited organisations like the UN to further its agenda. Additionally, history demonstrates how the US has repeatedly attempted to meddle in the internal affairs of emerging countries in the pretence of voicing human rights concerns.

You see, nations like India have repeatedly raised concerns about the US peacekeeping missions’ growing propensity to favour the West. There can be no question about how corrupt the concept of peacebuilding has evolved in recent years. One only needs to take a look at the violent parts of Africa to understand the futility and failure of this approach.

Consider the UN presence in Central Africa as an illustration. Attempts by the multilateral organisation to reduce violence in the region have utterly failed.

Morocco and its problems

Not only that, but the UN has also ordered other smaller countries of Africa like Morocco to send troops on this mission. You see, a country like Morocco already has a wide range of domestic problems to battle with. Thus, it is blatantly unfair to require these countries to deploy large numbers of troops. And what’s worse is that all of this is taking place as Western nations hesitate to send soldiers to the UN and also refuse to pay for the improvements that are required. This certainly smells of imperialism.

Furthermore, the UN has done absolutely nothing to prevent the use of military troops by poor countries. For instance, a few days ago, an attack claimed the life of yet another Moroccan peacekeeper serving in CAR.

Also Read: After getting kicked out of Horn of Africa countries, Biden pins his hopes on South Sudan

Compare this to the peacekeeping operation in Mali (MINUSMA), a crucial region for Western geopolitics. The UN operation effectively stabilized the situation in Mali despite having a mission strength that was at the time much smaller than that of MINUSCA. MINUSMA was in a much better position to respond to threats against civilians than MINUSCA, precisely because the mission consisted, inter alia, of highly trained troops included sufficient transport vehicles and arms equipment.

That is to say, the West employs UN missions in accordance with its whims and interests. The US-run United Nations made care to outfit the personnel in places like Mali, which had a significant impact on the geopolitical ambitions of the West at that time, with superior weapons and ammunition. Other places, like the Central African Republic, where escalating conflict serves Western interests, have peacebuilding missions that are ill-equipped and primarily comprise people from African countries because of the region’s history of protracted conflict. Simply put, the colonial powers rarely cared about an African life lost.

The UN has to undergo reforms. African countries should join forces with other countries in the Global South to combat the organisation’s increasingly imperialistic impulses.