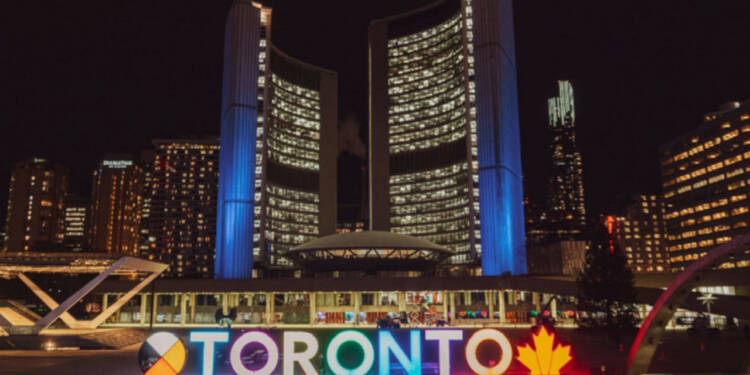 Imagine yourself in Canada in the 1960s, having recently arrived in Toronto, a truly stunning city in the province of Ontario that has begun to flourish and offers doors of opportunity at every turn. People are extremely calm, and the atmosphere is polite.

In 2022, the situation of the city has completely turned upside down. The original Canadian residents of Toronto are long gone, and a “multicultural” society has taken their place.

In this new society, not everyone is as cool as a cucumber. Some people are here to make things worse. All of you were familiar with Toronto. But now, it’s just a city that resembles Gotham.

The crime in Toronto is not slowing down. You go to google and search Toronto on news. Almost every news title would sound like this.

This news may make you uncomfortable, etc. But this is now a part of daily life for Torontonians.

The city that was once praised for being among the best places to live has transformed into a haven for crime, drugs, vagrants, and vandalism.

The city is now engulfed in a climate of fear, making it difficult for anyone to walk on the streets at night without being hurt.

The statistics are more saddening

The statistics of the city are also indicating that city has now turned into a hellhole for Canadians. For instance, Toronto had a violent start to 2022. The city saw five homicides in the first three days of 2022.

The city is also becoming a hub for human trafficking. Yes, according to Statistics Canada, five out of 10 police-reported human trafficking incidents in Canada between 2010 and 2020 happened in Toronto.

Now, let’s talk about mass shootings. The number of shootings — which also include records of firearms being discharged where there may have been no victim — reached a decade low in 2014 at 177 incidents. But now, the police believe the record could reach an all-time high and cross the 500 mark.

Read More: Trudeau turned the most beautiful part of Toronto into hell just to serve his wokeness agenda

The underworld of Toronto, which is the root cause of everything from Jamaican possessions to Russian mafias to American biker gangs, is a good representation of the city’s so-called multiculturalism.

As with the significant influx of heroin and various Asian triads during the 1970s, or cocaine and South American cartels in the 1980s, the origins of many foreign criminal organizations in Toronto have frequently been connected to the drug trade.

These criminal organizations occasionally have a political bent as well, as is the case with Khalistan’s organized drug racket that has recently been busted in Toronto.

Recently, a whole racket of drug trafficking was busted in Toronto. The police had seized more than $25 million worth of narcotics from a Punjabi gang following a months-long investigation into the criminal group that allegedly used commercial trucks to import drugs across the border from the USA.

How did this happen?

This is the sorry state of Toronto, ladies and gentlemen. But now, one must have a doubt, how exactly did this happen? How come such a pleasant city suddenly turned into a sewer city?

The answer is the incompetency of Mamayors, including former and present, John Tory and Ontario’s Premier Doug Ford. No proper laws or even proper policing were introduced to curb gang crimes, shootings, and even trafficking.

Read More: Toronto’s big real estate bubble is about to burst with a loud bang

Toronto has turned into a multicultural sin city. Senior police officers and politicians continue to assert that Toronto is still a relatively safe city when compared to American cities. However, it’s like contrasting two terrible things at once. The impact of crime varies across the city, not just along the usual racial and economic divides.

Everyone who lives in the city thinks that the city is poisoned by extreme diversification. But, the calls continue to fall on deaf ears.