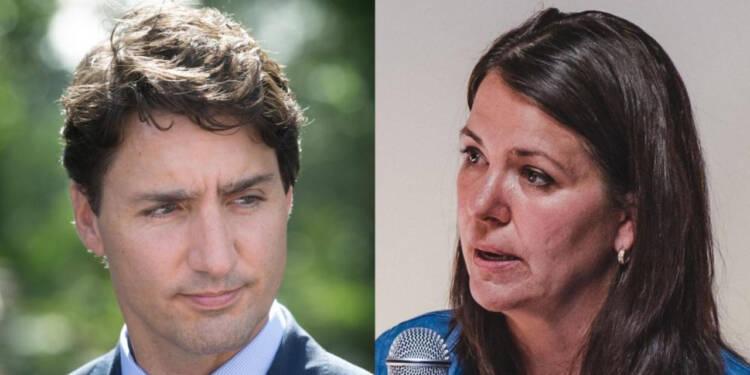 Inflation Relief Act Alberta: Ever since the new premier of Alberta took the charge of the province, she has been scaring the living daylights of those in power. Danielle Smith is a true leader who believes to be ‘by the people and for the people. She believes in working for the betterment of the province and its people which stands in complete contradiction to Trudeau’s liberal party.

Before coming to power, the premier of Alberta assured the people of the province that she will detach all the strings to federal policies and finally here she comes with a shocker for the liberals. A shocker that has left Liberals’ mouths agape with incredibility.

To get rid of liberal odd economic policies, premier of Alberta Danielle Smit came up with a solid Inflation Relief Act this week. However as expected, the so-called- critics have started complaining about the measure.

While announcing the Inflation Relief Act for people of Alberta, Smith said, “We are facing a very difficult time as a country and as a province. We have been through a lot together these past three years, but still have many challenges ahead of us,”

She further added, “Tonight, I want to address how our government is going to work together with you and your family to overcome these challenges. Record spending and debt by the federal government in Ottawa are contributing to “the inflation and affordability crisis.”

All in all, the Alberta government will be implementing a series of affordability measures to benefit all Albertans, with additional targeted relief for seniors, the vulnerable, and families.

The Canadian Taxpayers Federation is applauding the Alberta government’s move to suspend the provincial gas tax for at least the next six months.

“The provincial gas tax usually costs people about $15 every time we fill up a pickup truck in Alberta, so seeing it suspended is a good thing,” said Kris Sims, Alberta Director for the Canadian Taxpayers Federation. “This fuel tax relief will also take some of the stings out of the high cost of diesel, so that helps with job site costs and shipping essentials.”

However, it appears that the opposition and Canadian media cannot support what the taxpayers want. In an online video, Rachel Notley, the leader of the opposition NDP, claimed that the prime minister’s promises cannot be trusted. Liberal media is misrepresenting the Inflation Relief Act of Alberta and using headlines like “the act has a political motive rather than boosting the economy” to describe it. The act has been criticized by the liberal mouthpiece CBC as a tactic of handing out money that encourages inflation.

We had already told you, that the move is bound to make Liberals and the opposition anxious.

If the provinces decrease their taxes, the federal government begins to penalize them. Many provinces, like Nova Scotia, still substantially rely on Ottawa as their primary source of income, which explains how frequently their rage at the liberal government subsidies. Alberta, though, has a chance because of its greater economic independence than other provinces.

Read more: Canada is in recession but Alberta isn’t, and Trudeau doesn’t like that

The Alberta government is also looking at ways to gradually restore healthcare decision-making to local communities and health professionals on the ground and to encourage a stronger culture of innovation and patient care.

The Albertan conservatives are now becoming jacks of all trades. As the Canadian economy plummets, Alberta’s economy will continue to remain positive. Trudeau wanted to shut down Alberta’s most valuable industry—the oil and gas sector—due to “environmental concerns,” but the smart premier is all set to give a blow to the liberals’ face.