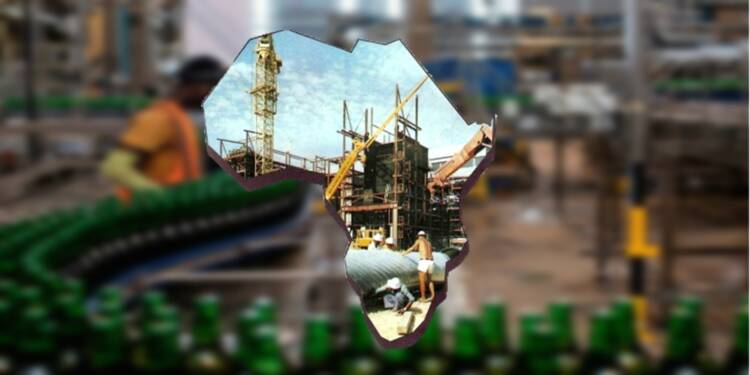 Africa Industrialization Day: Over the past 500 years, our globe has experienced enormous changes in political and governmental systems, international relations, economy, women’s and men’s rights, and social organisation and relationships. But the predicament of the poor and helpless worker hasn’t changed. Industrialised nations and cultures have profited from the free or inexpensive labour of conquered lands or the oppressed around the globe, throughout recorded history.

Beginning in the 16th century, exploitation by powerful imperialist western nations became the new world order, resulting in pervasive exploitation of native populations and the inhumane treatment and deaths of millions of people. Even while much has changed since then, the industrialised world’s continued exploitation of the African countries hasn’t altered. This is essentially what the West wants—to keep these under-developed nations perpetually reliant on them so they may continue to fill their riches by exploiting the vast resources of the continent. An empowered Africa would never be advantageous to the West. Africa’s enslavement served as the foundation for the riches of western nations. Exploited and abused for millennia by white colonial powers and deceptive economic structures, there is a growing sense of solidarity and indications of resistance in the African continent.

The rise of African resistance

In the current geopolitical environment, the African countries are aware of the importance of independence, self-determination, and integration. Accordingly, many steps have been taken by the African nations to reduce their dependency on Western nations and become self-assertive.

For instance, recently, both Tanzania and Mozambique started exploring the benefits of the numerous natural resources including oil and gas that endow their lands. This caught the eyes of the Western nations, who have been starved off their oil and gas reserves ever since the Russo- Ukraine war erupted. You see, for years, major oil and gas field development and pipeline construction projects in Africa have been hampered by Western banks and governments’ reticence to fund new hydrocarbon projects as the battle against carbon emissions has gained momentum. The tables thus turned with a loud smash when the two nations announced the agreements.

Member states of the East African community recently raised the Common External Tariff (CET) for imports entering the bloc to 35 per cent. The nations are effectively endeavoring to encourage indigenous manufacturing by raising tariffs on sectors that rely significantly on imports. The expansion of several industries in East African Community, including the food and beverage, leather, and footwear industries, among others, would undoubtedly be aided by this action, which will also increase the number of employment opportunities for local Africans. Perhaps the goal is to integrate the East African economy in particular and the African continent in general and thereby help safeguard Africa from exploitative Western countries.

The Russo-Ukraine war has also ignited the importance of the resource-rich continent Africa. Gasping for energy sources, the Western nations have started a new scramble for Africa.

All in all, Africa has become a significant player in the geopolitical space and the African nations comprehend this reality. The above instances are examples of Africa trying to reap out all the benefits of their growing significance. In the current geopolitical environment, the African countries are aware of the importance of independence, self-determination, and integration. Africa has been the one stunning region of the planet that Western nations, or rather colonisers, have devastated to fill their wallets at the expense of millions of Africans. The continent has lost its progress and prosperity as a result of ongoing theft.

The African developing countries’ attempts to pursue emancipatory economic and social development programs have been jeopardised by the parasitic US tactics that prohibit them from equitably participating in the abundance of their own natural resources. The servitude of these so-called countries is the foundation of the wealth of the affluent Western nations. However, there are indications that a pan-African uprising against this neo- imperialism may be on the rise. The nations of the region have now made it crystal clear that they will not tolerate further exploitation by Western powers.

You see, 20th of November is recognised each year as Africa Industrialization Day. It’s an opportunity to raise awareness of the issues and difficulties associated with industrialization in Africa among the world’s media. November the 20th would be different this time, though. The need for pleading for assistance from African countries would soon end. African industries are expanding and African nations are becoming self-assertive. Alas, this would indeed be the ideal Industrialization Day that Africa has so yearned for years.