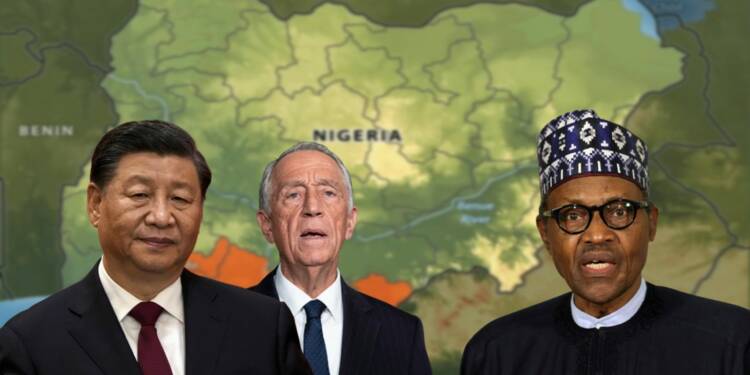 Xi Jinping’s tactics to plunder Africa stands exposed in front of the world today. Previously, the method employed by China for the purpose of debt-trapping poor nations worked against its interests. But as it is said an enemy’s enemy is a friend, Jinping is also using the same strategy to revive his infamous practice of trapping countries through huge loans.

Debt-trap diplomacy, which is often associated with China, is a concept which involves a nation extending loans to a borrowing country so that it can increase its political and economic advantage in the target country. The loans which are given by China generally consist of unfair terms and result in defaults. This forces the receiving country to let China seize its assets and also its sovereignty with it.

Dept-trap has destroyed the reputation of China and has created its image as a vicious player in international affairs whose eyes are always on the wealth of other countries.

The biggest example of this is Sri Lanka which is now going through an unprecedented economic crisis because of the loans taken from China.

Read more: How China controls Africa with bricks and mortar

Similarly, China’s bilateral relations are also not working in its favour because the loans which it extended to nations have not been paid back resulting in huge losses to Beijing. Kenya has been taking massive loans from China since 2014 to finance its infrastructure projects.

Kenya’s foreign debt was estimated at $36.4 billion in June 2022, as per the data from its Central Bank. The African nation accounts for about one-third of Chinese loans and is Beijing’s biggest borrower.

The Chinese government is now struggling to recover its money from Kenya. In fact, its banks have put a fine of billions of dollars on Kenya this year for defaulting on loans.

On one hand, China’s image was tarnished due to cheque-book diplomacy and on the other its economy suffered as nations defaulted yet it cannot do anything other than imposing fines. Hence, as its bilateral partnership are failing, China is now adopting other methods to safeguard its agenda.

A new ally or strategic partnership?

A consortium which comprises Portugal’s builder Mota-Engil and two Chinese companies called China Communication and Construction Corporation and China Road and Bridge Corporation have been shortlisted by Nigeria’s government for the construction of a $2.5 billion bridge in Lagos.

A spokesperson for the Governor of the State of Lagos told the media that the bridge, known as the Fourth Mainland Bridge, will be built in the framework of a public-private partnership. Other Chinese companies have also been shortlisted as bidders; the winner of the bid will be announced soon.

Now, as mentioned before, China has extended huge loans to Africa on unfair terms. Beijing did that in the hope that when these nations default on their debts, then it will forgive their loans and in exchange take control of their resources. In several instances, it did that.

However, China also suffered massive financial losses due to debt-diplomacy. Case in point being Kenya, which has not repaid its debt yet Xi Jinping’s regime cannot recover its money from it. China can also not take a legal discourse in this matter as the laws of its jurisdiction will not apply here. Taking this into consideration, it is now partnering with Portugal to enter Africa again so that this time its investments don’t go in vain.

The reason why it has chosen Portugal, a European nation, is that if anything goes wrong with regard to the Lagos project such as not being able to derive the benefits of its investment or Nigeria’s government not repaying its loan, then it can count on the EU for assistance. China will influence the EU to force Nigeria to pay back its money or take the case to its Court of Justice, which can either impose a fine or worse, sanctions on Nigeria.

Europe, which earlier used to provide debt relief of $42 billion to African nations, will look after the interests of China in Africa. Through this project, Beijing is trying to get rid of bilateral relations and involve third parties like Portugal as part of its wider strategy to enter Africa and exploit its resources.