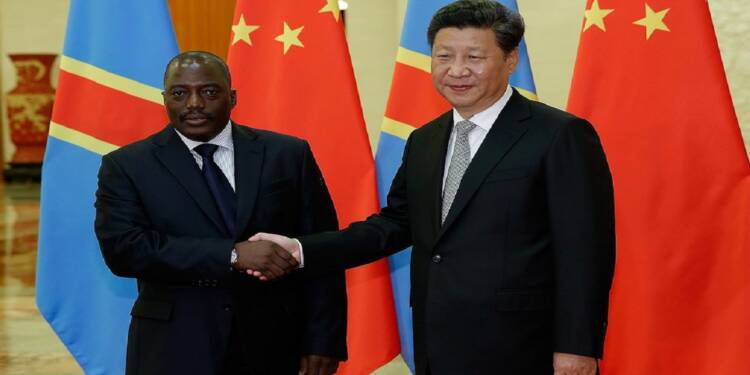 A military prosecutor, Colonel Kumbu Ngoma, in eastern  Democratic Republic of the Congo has requested the death  Penalty against 11 people who were implicated in the death of two Chinese mine workers. A convoy of Chinese nationals was  attacked in March this year which resulted in the death of two. In  July, a military tribunal in DRC started proceedings against 12 people on charges of murder and criminal conspiracy, which include 11 members of the military. This is not the first time Chinese-owned mines and its workers  have been attacked in the east Democratic Republic of the Congo. The government had to appoint security personnel to guard mines.

China has maintained its unwelcomed presence in Democratic Republic of the Congo for decades. It has been present in the country for a very long time, using DRC’s resources, exploiting  the manpower and flouting the norms. Chinese state-owned and private companies have been operating in DRC for years, several  have been involved in mining and some are in the trade of logging. The government of DRC has given contracts, licenses and permits to many of these Chinese corporations which employ thousands of locals. These Chinese corporations have left no stone unturned to ravage the resource rich country. The government too not bothering about the wellbeing of its own people has been busy stuffing its pockets.

Many investigative reports, fact-finding assessments and probes have emerged which prove that Chinese companies have been  involved in illegal operations and violation of laws. They state that these corporations have been exploiting the resources of DRC, hurting the local communities, actively damaging the ecology and openly disregarding the rules. The people of DRC have been opposing the presence of China since they have had to suffer the consequences of these corporations’ activities which include destruction of biodiversity, displacement and natural calamities, racial violence, exploitation of labour, inhuman treatment of indigenous communities etc.

Last year in August, a Chinese gold-mining company was  accused by locals in DRC of polluting a river located in  Tshopo, a province located in the northeast. People shared photos of Aruwimi river which changed its colour due to faulty waste disposal carried out by Xiang Jiang Mining.

As per a Congolese activist, people are suffering from diarrhea as a result of mining. He said, “Dead fish are floating in the river and, unfortunately, people are eating them”. In southwest DRC, the pollution of rivers Tshikapa and Kasai, tributaries of the Congo River, led to the demise of 12 people, with thousands falling ill.

Read more: Ethiopia is the latest African country to join in the “throw China out” campaign

In north DRC, logs from 200-year-old hardwood were cut hastily so that it can be exported to global processing hubs, from where it  will be redistributed to markets in China and other parts of the world. All the logs are owned by Fodeco, a Chinese company.  Fodeco doesn’t have any industrial logging experience but was  granted huge concessions by the DRC’s government. Fodeco has been in conflict with the locals over compensation. In January 2008, an $8 billion resources-for-infrastructure deal  was signed between a group of Chinese State construction companies and DRC’s state-owned mining company Gecamines.

Debt-trap diplomacy and abuse of workers

The question we all ask is that how did China manage to dig its claws so deep into Africa? The answer lies in a phenomenon called ‘Debt Trap’ Debt-trap is an old tactic used by China against African countries so that it can establish its control over their mineral resources and wealth. Debt-trap involves lending huge amount of loans to poor nations which China knows they will not be able to repay, using it as a political leverage to gain control over the natural resources. China has been doing this in DRC for years and that is how it managed to create its dominance over DRC’s gold and cobalt mines.

Many locals in DRC working in gold and cobalt mines have alleged racial discrimination, poor working conditions, abuse and low wages. China was also using child labour in cobalt mines. The government of DRC refuses to listen to people’s greivances.

The attack on two Chinese mine workers represents the brewing anger which people of DRC have against Chinese companies which have been exploiting them for years. Time and again, Congolese people protested against the injustices they have to endure at the hands of these big corporate players from China which have used their resources, stole their land and damaged their ecology. Instead of listening to its own citizens, the government of DRC cares more about China.

This attack is a message by the people of DRC that they don’t want China’s presence in their lands and if the state refuses to listen to them then they will have to take matters into their own hands. China is a cunning player in geopolitical affairs, the nation has time and again betrayed its friends, stabbed its neighbours in the back, lied on the international stage and have used draconian measures against those it considers enemies.

DRC has made the terrible mistake of putting its trust in China. Leaders who decided to pursue a partnership with China built on economic and infrastructure lines made blunders which have resulted in disastrous repercussions, DRC’s government is betraying its own  people by continuing its relations with China which will not think twice before throwing it under the bus.

For DRC to develop, it needs to come out of ‘Sinophilia’. The government should be thrown out, if it continues its policy of China’s appeasement.