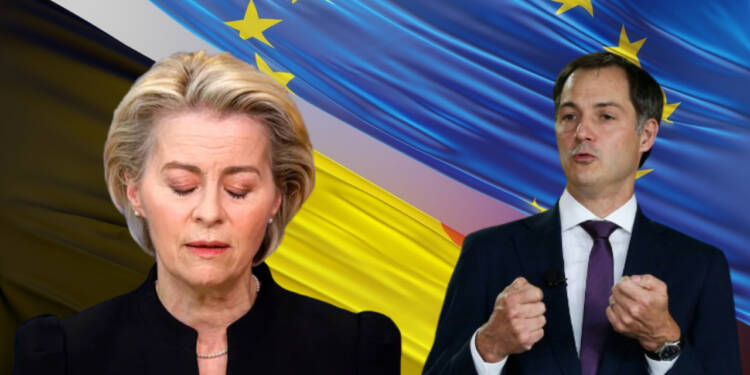 European Union likes to bully its member states. As the bloc is majorly controlled by the bigger nations like France and Germany, it’s always the smaller and poorer nations who are targeted by it. This time, it’s Belgium. Yes, the same country where European Union’s headquarter is located.

Belgium received official notification letters from the European Commission for being late in implementing many environmental and transportation requirements into national legislation. 15 member states, including Belgium, received a letter of formal notice from the Commission for not yet notifying the complete transposition of measures for 14 EU directives in the areas of transportation and the environment.

On Tuesday, the Commission said in a statement, “The Commission is adopting a package of infringement decisions due to the absence of communication by Member States of measures taken to transpose EU directives into national law.”

The first set of guidelines mentioned deals with limiting the entry of mercury-containing electronic devices onto the market. Another directive asks to expand the kinds of vehicles subject to roadside checks. The most recent requirement updates the specifications for the routine technical inspection of vehicles.

The Commission said that the concerned Member States now had two months to respond to the official notification letters and finish their transposition or else it could issue a reasoned opinion. The Commission can start infringement procedures i.e., sanctions from now on. But this is not the first time when Belgium has been targeted. The Commission also initiated action against Belgium in September for failing to implement the EU directives on work-life balance for parents and caregivers and on transparent and predictable working conditions.

It doesn’t end here. Belgium is also being criticized by the bloc for public spending. All in all, European Union is leaving no stone unturned wherever and whenever it can go after Belgium. But why is this happening?

Last month, the EU urged its members to impose sanctions on Russian diamonds. However, Belgium, whose economy clearly depends on these diamonds has made it clear that it will never allow these sanctions to take shape. According to a media report by the Guardian, Belgium’s trade in Russian diamonds has continued despite moral pressure from other member states. Reportedly, Belgium is still trading diamonds with Russia. Russia’s renowned diamond mining state-controlled firm Alrosa is actively engaging with Belgium to provide it with diamonds.

Traders and Belgian officials have also warned the EU about the related potential job losses. 25% of the raw diamonds passing through Antwerp before the invasion of Ukraine were from Russia. According to data from Belgium’s national bank, Russian diamond imports exceeded €1.8 billion (£1.6 billion) in 2021 and €1.2 billion in the first eight months of 2022.

The failure to sanction Russian diamonds has led to immense dissatisfaction among the European leaders. However, at this point, Western leaders are imposing sanctions just for the sake of it. Their sanctions against Russia have largely failed. Western countries are the ones who defy them the most as there are no alternatives. Further, the sanctions have created chaos in Europe. The economy, inflation, cost of living has gone for a toss.

The instance of the European Union pressuring Belgium has shown that the cracks within the bloc are getting wider. And pushing Belgium, again and again, may lead to the country removing sanctions from Russia itself which is the reason for the high public spending which it has been criticized for.