There is nothing new in the Canadian prime minister tricking his own countrymen, but now he is  proving the Bank of Canada and the country’s finance minister wrong too 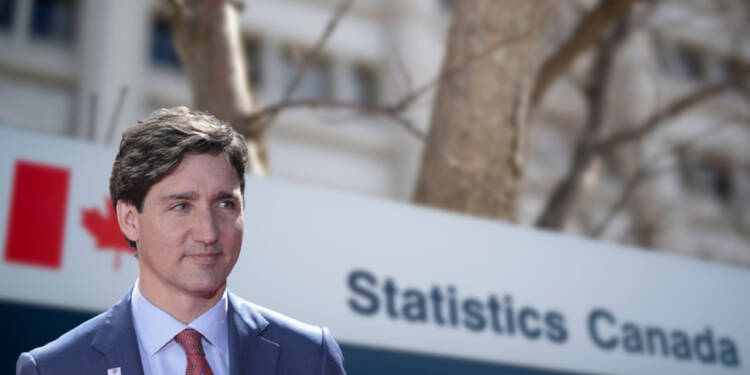 StatsCAN report: Nearly every single household in Canada is grappling with the rising cost of living, struggling to buy or rent a property, but the shameless government is throwing hundred thousand dollars for flight catering bills and buying accommodation in luxurious hotels in a city as luxurious as London. And then, it has the audacity of claiming a decline in its spending.

If the recent Statistics Canada summary is to be believed, overall government spending on economic matters fell by -32.7% this year, across municipal, provincial, and federal governments.

What draws attention is the basic economics behind this. Canada has been reeling under sky-rocketing inflation for a long time now, with the public paying the price in the form of taxes. The federal government of Trudeau has done all in its power to tax Canadians in order to earn an extra buck.

If one remembers correctly, Canada recently passed the Luxury Items Tax Act, which had the potential to drive many people into poverty. And taxing the people clearly indicates the increased spending of the government. But, the government’s StatsCAN has a whole different story to tell.

According to a well-known management scholar, Statistics Canada’s most recent government spending figures, which show spending dropping across all levels of government in various areas, are “seriously biased.”

“These numbers are significantly skewed by the winding down of pandemic support programs and payments of all kinds across the federal and provincial governments,” said Lee in response to interview questions via email.

Alongside a reduction in economic spending, the report claimed that governments spent -14.8% on defence, totalling only $482 per capita this year compared to $566 per capita in spending reported between 2020-2021.

But, if we cite an August report by Fraser Institute, the whole gimmick will come to fore. The institute found that total federal spending was 27% higher this year than in 2019-2020.

“In summary, while spending is declining in 2022 as the pandemic comes to an end, total government spending across the board has increased dramatically since the year before the pandemic,” said Lee.

Pierre Poilievre, the leader of the Conservative Party of Canada, has also criticized Ottawa several times for its “uncontrolled spending,” which he argues is a contributing factor in the present inflationary situation.

But, the ignorant PM and his breed is busy lavishing on the taxpayers money.

Not to mention the Governor of the Bank of Canada and the country’s own finance minister have tried to tighten the government’s spending. Finance Minister Chrystia Freeland had previously vowed to exercise utmost fiscal restraint in government spending.

This recent report by StatsCAN is trying to save the face of the liberal government but it can’t put the hefty bills paid by the government in an aircraft or a michelin-star hotel under the rug.

Canada’s inflation is already wreaking havoc in the country. In August, Canada’s inflation stagnated at 7%, which is higher than normal. Furthermore, the cost of groceries is increasing more rapidly than it has since August 1981.

The struggling middle class is still in misery and is considering how it can make it through the month. However, the liberal elites, who are currently in power in Ottawa, are completely ignorant of their misery.

Mary Simon spent $100,000 on her opulent 8-day trip to the Middle East, and Trudeau is fully aware of her spending habits.

Moreover, while Trudeau visited London to attend Queen Elizabeth’s funeral he was shameless enough to pay $6,000 per night. But, until he has the power and the support of corrupt agencies and media he can chill and hit the sack without any worries of getting exposed.