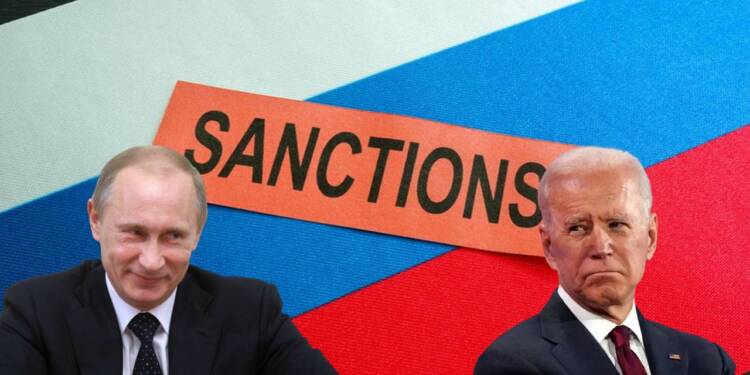 On 25th February 2022, immediately after Russia’s invasion of Ukraine, US President Joe Biden announced severe sanctions on the Russian economy. The US barred Russia from making debt payments using foreign currency held in US banks.

Major Russian banks have been removed from the international financial messaging system Swift. This has delayed payments to Russia for its oil and gas exports.

Western nations tried their best to limit Russia’s access to money. But, they have failed. The sanctions which were presumed to render Russia poorer have boomeranged. The results show west did a major bungle while imposing the sanctions.

On 30th November 2022, Russian President Vladimir Putin announced a major update regarding the economic state of Ukraine. Russia’s poverty rate stood at 10.5 percent at the end of the third quarter of 2022, slightly down from 11 percent in the same period last year. While announcing the decline, Putin stressed, “The decline is indeed small but it is important that in the current difficult economic situation there is such a definite positive trend. It needs to be preserved,”

Keep in mind that Russia’s invasion of Ukraine took place more than nine months ago. And the elevated campaign of sanctions launched by the EU and the US against Russia banks, financial institutions, oligarchs, and assets abroad has not changed.

As a result of the sanctions campaign, which did create a hostile environment against Russia, there was an immediate shortage of shipping containers, semiconductor chips, industrial, automotive, railway and aviation spare parts. The domestic industry suffered severe losses. But, the effects of sanctions were temporary. In May 2022, The Russian Rouble firmed more than 6% against the euro, to a near seven-year high, boosted by capital controls, strong oil prices, and an upcoming month-end tax period.

Russia was able to maintain its economy through strategic diplomacy with allies and neutral countries like Turkey, China, and even India. Putin’s assertion couldn’t be entirely incorrect in this instance.

Western leaders like Biden thought Russia’s economy would crumble entirely and eventually force Russia to concede defeat in Ukraine. Instead of Russia, it is actually the USA that has rendered poorer. In September 2022, The US poverty rate climbed for a second straight year in 2021 and household income slipped due to the Ukraine war. The poverty rate rose to 11.6%  according to the annual data released by the US Census Bureau. The inflation reached to lowest in six decades in 2019. Last year, 37.9 million people were in poverty, about 3.9 million more than in 2019.

The situation in the Eurozone is much more volatile. In Germany, more than one-third of all students are at an acute risk of poverty. It is also anticipated that more people will perish in Europe this winter because of unaffordable household energy costs than those who have died in the Ukraine war. In the European Union, nearly seven percent of the population was not able to heat their home properly in 2021. This year, the situation is all set to get worse. As the graph based on Eurostat data shows, the country most affected by fuel poverty was Bulgaria, where nearly one in four people (23.7 percent) did not have access to fuel. This year, the situation might lead to numbers crossing 50-75 percent.

The economy of Russia was predicted to collapse as a result of these so-called severe sanctions. But we all now, have a precise idea, of whose economy is in trouble. By making a significant error while enforcing sanctions, Biden and the European countries have brought trouble upon themselves. These Western failures will live on till eternity.