As OPEC+ shows its valour against USA, Biden reads riot act for UAE 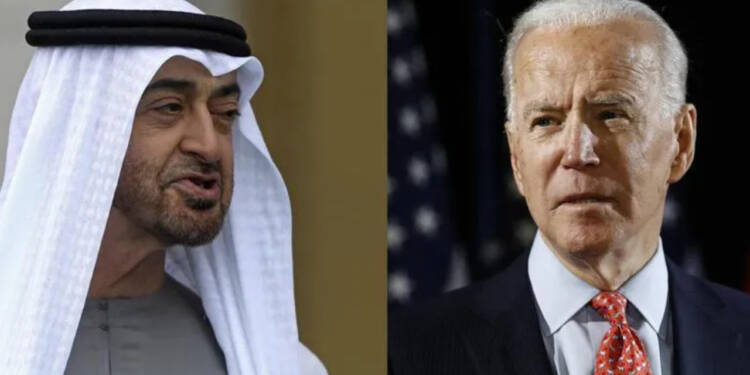 “America has no permanent friends or enemies, only interests.”  We all second this by now. But times are such that even US interests aren’t being served, and yes, the country is losing its allies while only adding them to the list of foes. And what we see is the desperate and pathetic state of the US administration, which is hopping around, trying to fix things and make them work for itself, but to no avail.

Washington’s decade-long dominance in West Asia is now gone to the dogs. Tensions between the US and its Arab allies are at an all-time high as the latter no longer advances US interests. As rising fuel prices are the last thing the US wants during this election season, a desperate Biden attempted everything to get OPEC+ countries to increase oil output, but as I said, Arab nations no longer serve US interests but their own. So, a frustrated Biden warned its allies of dire consequences, and that is exactly what it is doing right now.

A few days ago, it was reported that the United Arab Emirates, a key US ally, sent its national security advisor on a secret mission to Saudi Arabia in September to convince OPEC’s de facto leader not to cut oil production quotas. In a discussion with the Saudi Crown Prince Mohammad bin Salman in Riyadh, the UAE’s Sheikh Tahnoun bin Zayed Al Nahyan urged against a cut, saying it would risk a political reaction and was economically unjustified.

Read More: OPEC+ delivers a final blow to the West​ ​

However, as reported, Saudi Prince Mohammed was unmoved. Saudi officials reiterated that the production cut wasn’t political but an economic necessity, not just for Saudi Arabia but for the global energy market.

UAE did try to echo Washington’s voice; however, it has earlier defended the decision by OPEC and its allies to cut oil production. According to energy minister Suhail al-Mazrouei, the United Arab Emirates thinks that when OPEC+ decided to decrease production targets, it did so in the right technical direction.

So this stance and the UAE’s failure to advance US priorities do not bode well with Biden, and it appears that this was his last-ditch effort to win over OPEC nations. UAE has already given a frustrated Biden a good reason to sulk, but now it has gotten another one.

A new classified U.S. intelligence report states that the United Arab Emirates has engaged in an extensive effort to influence U.S. political decisions. The Washington Post reported Saturday that the UAE’s efforts include legal and illegal measures to try to influence the country’s foreign policy in ways that would benefit the UAE. The report found that the UAE worked throughout multiple administrations to take advantage of vulnerabilities in the U.S. government. It adds that the UAE has spent more than $150 million on lobbying since 2016 and hundreds of millions more on donations to U.S. universities and think tanks, many of which create papers that support the UAE’s interests.

Well, it’s pretty big blame! And it’s the timing of the report that should be noted. The already deteriorating relations could now take a complete nosedive with such a development. What impacts could it have on the US-UAE relationship? Well, first, the UAE has already disregarded Biden and shown solidarity with Russia over the alliance with the United States. Such a measure will ensure that the USA’s crucial allies completely switch their allegiance. One won’t be surprised if things get worse and Biden’s next move, is to impose sanctions against the UAE, a nation that has based its entire economic and diplomatic structure on the flow of trade, finance, people, and information. If any decision by Biden hampers the UAE’s economic ambitions, Biden will further throw them into discontent.

All of this has the potential to undermine the significant diplomatic breakthrough achieved by both nations with the Abraham accords. This key deal would undoubtedly be in jeopardy if US-UAE relations deteriorate more. But what remains clear to predict is that US hegemony will be challenged right, left, and centre. US diktats are no longer revered, and Arab states will remain united and defend their own interests.