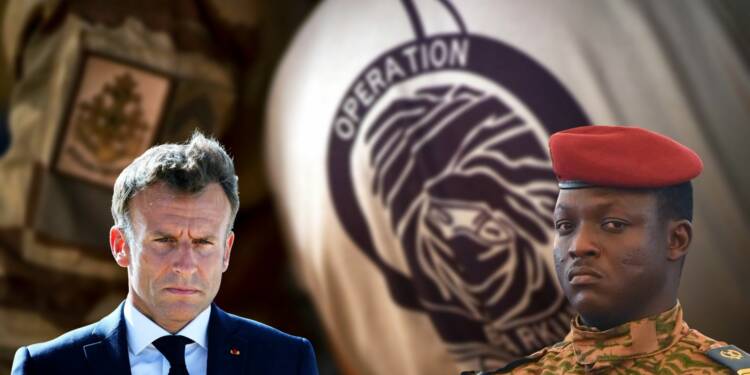 The resource-rich Africa is something that the West would never want to leave. The West has built and still wants to build its wealth by exploiting Africa. The Sahel region of Africa is one such region where the West, particularly France is not willing to give up on. We had previously explained how France, in the name of ending terrorism, is meddling in the region and was even caught conspiring with Jihadists to somehow, prolong its presence. Now, it seems Burkina Faso is taking advantage of this and is ready with its plan to expose France.

Burkinabe Prime Minister Apollinaire Kiélem de Tembela has asked France to provide “weapons and ammunition” for army auxiliaries who are helping Burkina Faso in its fight against jihadists, according to an article from his communications service.

As per a report, during a meeting with Luc Hallade, French Ambassador to Burkina Faso, the Prime Minister stressed that “the partners’ efforts must focus on the deep aspirations of the people of Burkina Faso, a people committed to defending themselves for freedom, against barbarism and terrorism”. (sic)

“This is what justifies the launch of the operation to recruit 50,000 Volunteers for the Defense of the Homeland (VDP)”, the army auxiliaries, he explained, adding: “France could help this popular resistance by providing arms and ammunition and also taking into account the financial support of the brave fighters.

France has already been driven out of the region when its wicked plan was exposed in front of the countries in the region. France first came to Sahel more than eight years ago and it promised to bring peace in the region by ending terrorism.

Sahel has been troubled by various Islamist and rebel groups. France was welcomed as a “savior” in Mali in 2013 after it sent its troops to fight jihadi forces under an operation, “Mission Barkhane”. However, after all these years, the insurgency had not only grown but also spread beyond its borders. In this backdrop, the French government was eventually forced to pull out of Sahel.

It is such an irony that, after years of French intervention in the region the terror and rebel groups in Sahel only got more emboldened instead of getting eradicated which was the main purpose of France’s intervention. Now, it seems France is only looking for excuses to somehow still stay in the region and is adopting sly tactics to achieve its objectives.

As we have said this before that the reason behind France’s meddling in Sahel was to further escalate its security crisis so that it can capture its mineral resources. Its soldiers were even caught conspiring with Jihadists. France promised to solve the crisis in the region but it didn’t and recently it supplied military equipment to Benin to fight against extremists. Macron’s regime supplying Benin with military equipment is Operation Barkhane 2.0 which is its strategy to stay in the adjoining areas of the Sahel region.

Now, Burkina Faso asking France for “weapons and ammunition” seems like its plan to let the wicked fall into its own trap. There are possibilities that Burkina Faso will eventually establish ties with Russia and seek the assistance of its mercenary group even though nothing is official yet. While Mali has already invited Russia’s Wagner Group to battle the terrorists and insurgents, reports and intel have suggested that the anger and resentment in West Africa against the US and Europe had a domino effect on Burkina Faso as well. In fact, the country has also seen pro-Russia rally recently.

Thus, Burkina Faso is not really depending on France anymore as the latter has already failed in its mission to curb terrorism in the region and has also had to face a humiliating departure from Sahel. Yet, after all this, if France still chooses to provide arms and ammunition to Burkina Faso, it will further prove the fact, that its only priority is to prolong its presence in the region somehow even at the cost of destruction of the region.