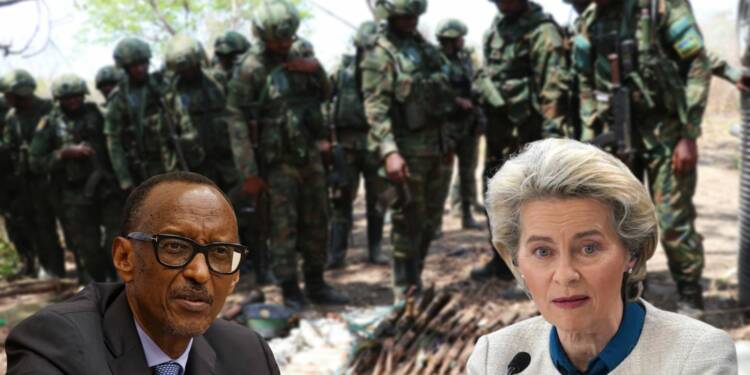 West’s credibility crisis in Africa has exploded. It has plummeted to a new low now more than ever. It is well-known how Europe, for its personal gains and ulterior motives, has worked to keep Africa destabilized. However, now most African nations are aware of the European designs. But now it seems the West has found a new way to pit Africans against each other under the guise of providing aid or through “peacekeeping missions”.

In a recent development, it has come to light that EU has now given Rwanda €20m for Cabo Delgado peacekeeping mission.

Cabo Delgado is the northernmost province of Mozambique and has been facing insurgency from jihadists whose presence in the region is an obstacle in the growth and development of the country.

Rwanda had deployed its army and police personnel to Cabo Delgado at the request of Mozambique in July 2021 under a bilateral arrangement, and it currently has around 2,500 troops engaged in joint operations with Mozambican forces.

The funding by the EU is the first external support Rwanda has received since it launched the operation.

The government of Rwanda says additional troops will be deployed in areas that have experienced new terrorist attacks.

Is Rwanda reliable to fight against terrorism?

Now, two questions that arise here is if Rwanda a reliable partner in fighting against terrorism in Mozambique and the second is why Rwanda?

Its role in creating trouble in neighboring DRC has been questioned earlier. In fact, a United Nations group of experts have said that Rwandan troops attacked soldiers inside DR Congo and also aided the M23 rebel group with weapons and support, although it has been denied by Kigali.

In the words of DRC’s President, Tshisekedi, Rwanda has the goal of “appropriating our minerals.”

So, a country that is allegedly facilitating insurgency in DRC has been given funds by the EU to ironically fight terrorism in Mozambique! So there must be something more to it than what meets the eye. While the US was after the cobalt and other resources in the resource-rich regions of DRC, Mozambique too is a country that is blessed with natural resources.

The West, especially Europe has been going through its worst energy crisis in decades due to the Ukraine-Russia conflict. Now it desperately wants alternative sources to fulfill its needs. And now the EU countries are begging their way to the incredibly resourceful countries of Africa.

Read More: By inviting the Rwanda’s military on its soil, Mozambique has committed suicide

It is widely believed that if it is properly extracted, then Mozambique can become one of the major exporters.

Now, we at TFI previously explained to you that there is a terrorist organization called Al Shabab in Mozambique, active the region of Cabo Delgado. It started its reign of terror five years ago and is involved in dozens of massacres and brutalities.

Further, it is not a hidden fact that Rwanda has been a state that sponsors M23 rebels and their terrorist activities in the neighboring DRC.

Mozambique must not fall for EU trap

There may be a similar plan being hatched for Mozambique and in the guise of a military cooperation. Now the EU funding Rwanda for peacekeeping mission in Mozambique is nothing but a strategy adopted by the EU to further destabilize the country and thereby exploit its resources to fulfill its own needs. Africa has earlier seen how despite years of French military intervention in Mali, it couldn’t solve the crisis but only made it worse due to its geopolitical ambitions.

What if under the garb of providing aid to Mozambique through its forces, Rwanda will aid insurgents in the resource rich region of Cabo Delgado.

Thus, Mozambique must not blindly trust this military cooperation which is now backed by the EU if it really wants to save itself from any unintended consequences in future.