By inviting the Rwanda’s military on its soil, Mozambique has committed suicide

It is for the people and authorities of Mozambique to differentiate a true friend from a foe. 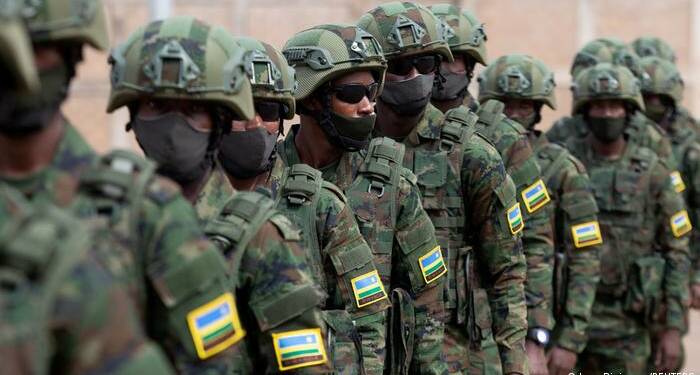 A friend today, foe tomorrow, is a commonality when it comes to geopolitics. However, what one must remember that hypocrisy in actions speak louder than words, and this is exactly what Rwanda has been up to. In the backdrop of the Russo-Ukrainian war, the western countries especially European ones woke up to a harsh reality check as to their dependence for energy on their nemesis namely Russia and the crisis that ensued following sanctions on Russia. It is not a hidden fact that Rwanda has been a state that sponsors M23 rebels and their terrorist activities in the neighbouring DRC.

The Paul Kagame government has been working hand in glove with the US to wreak havoc in DRC, just to get hold of the cobalt and other resources in the resource rich regions of DRC. We at TFI Global have already informed our readers of an organised smuggling racket being run by the western stakeholders through their local stooges in the form of M23 rebels. The line separating Rwandan forces and M23 rebels has always been questioned  by many on grounds of ambiguity. Now a similar plan is being hatched for Mozambique and that too in the guise of a military cooperation.

Now, Mozambique is a country that is also blessed with natural resources and shares the same fate as most African nations do. That is of having to deal with terrorist incursions in their respective resource rich areas.

Mozambique’s resource-rich northern region of Cabo Delgado has been facing insurgency from ISIS linked jihadists whose presence in the region is acting as an obstacle in the growth and development of the country.  The SADC members too being aware of the grim situation have come to Mozambique’s aid without any ulterior motives. Just recently, Botswana and South Africa sent their joint special forces to deal with the terrorists in the region. However, when one sees Rwanda stepping in by sending 1000 strong troops from its military into the region in the name of help, suspicions are bound to rise.

With the illegal smuggling nexus of USA-M23-Rwanda in DRC being exposed, the dynamics of the continent are changing. The western countries are now losing their credibility in the eyes of Africans. Perhaps the countries are now realising that the west is nothing, but devil incarnate, who knows nothing beyond satiating its own selfish interests no matter what the cost.

The M23 rebels are in for a tough time with respect to DRC, as now they are being dealt with in a manner befitting terrorist, ever since Kenyan President William Ruto has sent his military to deal with them. This makes both M23 and its western masters to look for new pastures to continue their plunder of natural resources and oh! What better grounds than Cabo Delgado, which has almost the same resources as DRC.

As stated earlier that when talking about Rwanda, the line differentiating M23 rebels, and the Rwandan Military is quite a blurry one. Who knows that under the garb of providing aid to Mozambique through its forces, Rwanda is planting its M23 rebels in the resource rich region to partner with the jihadists to their mutual gain. It would not be wrong to suspect  given the questionable credibility of US-backed Rwanda and its forces, that the latest discovery of arms cache by Rwandan forces is nothing but an eye wash, to keep their ulterior motives hidden.

A sub servient Africa is what the west exactly needs to flourish. The west is yet to come out of its colonial mind set and stop treating Africa, its people, its resources as their own personal property. The great Indian statesman, Chanakya who is famous for his ‘Saptanga Theory’ or the 7 major pillars of statecraft, has differentiated enemies into 2 major categories namely internal and external. External enemies are known and thus can be dealt with accordingly. However, it is the internal enemy that one needs to be careful off as it is not only difficult to identify them, given their ability to mix with the population but also their loyalties are questionable and always remain so. Such internal enemies are termites who make the strong foundations of state hollow.  With reference to this theory, Rwandan forces in Mozambique are those internal enemies whose loyalties are questionable.

It is for the people and authorities of Mozambique to differentiate a true friend from a foe and not get influenced by the wolf (that is the west) in sheep’s skin.