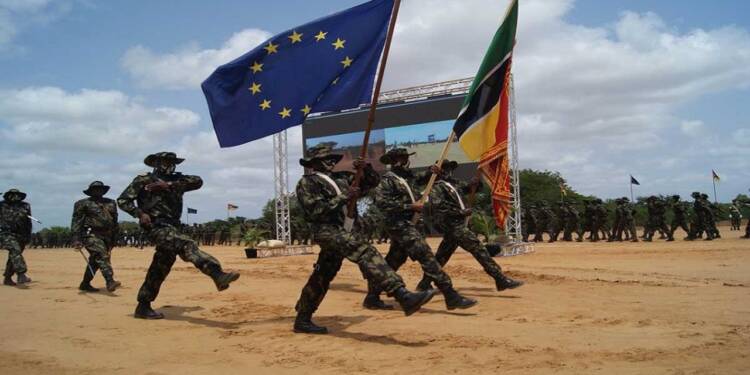 The Southeastern African nation of Mozambique has suddenly become an apple of everybody’s eye. Global powers are making a beeline to make Mozambique their ally in order to fulfil their vested interests.

However, one must remember that the world is evil, and Mozambique needs to be vigilant and wise. The world has been exploiting the African continent for decades. Three major players are now considering entering the country. However, two of them, cannot be trusted.

According to Reuters, the European Union has vowed to provide additional support to the African military mission in Mozambique, as Islamist attacks threaten gas projects meant to reduce the bloc’s reliance on Russian energy.

Reportedly, the EU had warned of a “very volatile” situation in north Mozambique despite the SADC mission and a separate intervention by troops from Rwanda managing to contain the militants.

A classified EU document reveals that the EU is preparing to expand financial backing for an African military operation in Mozambique nearly five times, as Islamist attacks continue to wreak havoc in the region.

However, this is not the first time that the EU has developed a puppy love for Mozambique. Even before, EU had provided additional military support to the nation.

But, at this moment, the EU replenishing its efforts in Mozambique has a reason.

Prior to the most recent announcement, the Portuguese Prime Minister António Costa had just arrived in Mozambique. Here, the Portuguese PM renewed “every commitment” possible, to the nation. So, definitely, the intensity of engagement has increased.

We are aware that, EU has been looking for alternatives to Russian fuel, as it struggles under a major energy crisis because of the Ukraine war. EU countries are literally begging their way to an incredibly resourceful continent of Africa.

Mozambique could be one of the best alternatives for the western bloc at this moment. After Nigeria and Algeria, Mozambique has the third-largest gas reserves in Africa. Furthermore, in its gas-rich province of Cabo Delgado, there are LNG projects worth billions of dollars.

With the use of floating LNG terminals, the EU could process a certain amount of gas. Additionally the Italian oil company ENI has anticipated starting shipments from a nearby offshore gas field this year. But, Islamists are making sure that the EU’s demand for energy is not sated.

Furthermore, to make it clear, Mozambique is a priority not only for EU but other major players as well, who have started fighting like cats and dogs for the nation.

Read More: EU sends its agent to Mozambique in a last-ditch attempt to secure gas supplies

The US rebooting in Mozambique

Recently, the United States has been aggressively attempting to engage with Mozambique as its influence in Africa continues to decline.

Three weeks ago, six members of the U.S. Senate and House of Representatives visited the Republic of Mozambique to deepen the U.S.-Mozambique relationship.

The United States even donated 1.3 million doses of the Pfizer Covid-19 vaccine and plans another 3.5 million more doses in the coming weeks in a tremendous and recognizable effort to support the goal of vaccinating approximately 5 million teenagers in the African Nation.

The US even provided Mozambique emergency food assistance.

For western players like the EU and the US, Africa is a vital region. Every time there is a shortage brought on by unfavorable events, the western nations constantly exploit its resources. The West literally plundered upon the continent and even colonized it. Mozambique too was colonised by the Portuguese.

Mozambique is only being lured by the west because of its LNG reserves. The nation would be abandoned after west’s goal has been achieved, as it has been for years.

However, it appears that Mozambique’s government is fully aware of what the West has in store for them in the future.

Russia’s game of chess in Mozambique

As the EU and US continue to fight like mad mongrels for Mozambique, Russia has already ensured that Mozambique remains neutral, rather than jumping on the bandwagon.

For those who don’t know, Mozambique was one of the 17 African countries that abstained from the United Nations (UN) General Assembly vote on suspending Russia from the UN Human Rights Council because of the Ukraine war.

In June 2022, Russia and Mozambique even signed an agreement in Maputo to improve parliamentary cooperation between the two nations, including information exchange.

At that time, Valentina Matviyenko, chairperson of the Russian Federation Council praised Mozambique, calling it a “trustworthy partner” and recalling Moscow’s historic support for the southern African nation.

Additionally, the Wagner group from Russia is already taking steps to bring about peace in the countries of Africa. The same applies to Mozambique.

Therefore, the EU, US, and Russia are the three parties that have worked extremely hard to maintain a favourable image of themselves in Mozambique’s eyes. However, Mozambique is aware that the West is untrustworthy. They will leave Mozambique in cold blood, the very first moment their ambitions are achieved.

That might be the reason why, Filipe Nyusi appears to be walking on a fine line purposely.

Collection of 43 Pretty quotes and captions

Collection of 33 Wildflower quotes and captions