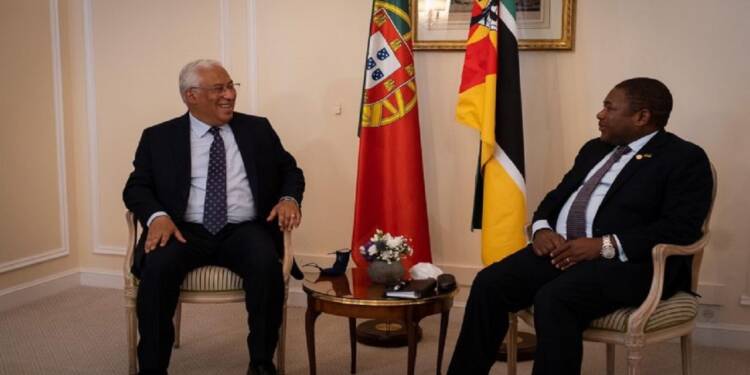 The EU has been looking for alternatives to Russian fuel as it struggles under a major energy crisis because of the Russia-Ukraine conflict. Although the EU had long followed the US without question, it has since come to the conclusion that this was a grave mistake. They have also realised that, given the current energy crisis, the EU cannot rely on the US.

And now the EU countries are begging their way to the incredibly resourceful countries of Africa.

In a similar attempt, Portugal’s Prime Minister, António Costa, visited its former colony Mozambique and he called the relationship with Mozambique as strategic and a priority. But obviously the hidden agenda was something else i.e. the Portugal PM had all his eyes on the natural gas resource of Mozambique.

US is definitely not trustworthy

When Russia-Ukraine conflict started back in February 2022, the whole of the western world under the US command jumped indirectly in to the war with Russia by aiding Ukraine recklessly. They provided all sought of aids you can think of to the Ukraine; imprudent financial aid, military aid and what not!

Without even considering the repercussions of taking a stand against Russia, European nations blindly supported the US plan of dethroning Russia. They also failed to take into account the fact that this action might jeopardise their oil and gas supply, for which the EU relies heavily on Russia.

Obviously, they had a big leap of faith on their big brother, the US. But it’s better late than never! These European nations have now realized that the US under Biden can’t be trusted for their needs.  Biden’s US is itself under the huge oil and gas crisis and all thanks to Biden’s stupid domestic and international policies. Amid this he helping the EU, is a distant reality.

And as the winters are about to knock at the doors of EU, they have realized that it’s better to be their own savior rather than relying on the US for rescuing them from this crisis.

Now, these European nations are eyeing on the rich natural resources of Africa. We talked about how Poland is attempting to win Nigeria’s backing for its aim to increase energy imports from Nigeria in one of our earlier pieces. And now, Portugal has all its eyes on the natural gas supplies of its former colony Mozambique. All in all, EU is basically sending its agents to rescue itself from the huge gas crisis.

Also Read: The new Kenyan President is set to snatch Mombasa and other dreams from Xi Jinping

Era of rise of the Dark Continent—Africa

Mozambique, a former Portugal colony became independent in 1975. Some 400 unarmed civilians were killed by Portuguese soldiers in the Wiriyamu massacre in 1972.

When the Portugal’s prime minister met the president of Mozambique he didn’t find any hesitation to mark an apology for this massacre.

“Almost 50 years after that terrible day of December 16, 1972, I cannot fail here to evoke and bow to the memory of the victims of the Wiriyamu massacre, an inexcusable act that dishonours our history,” he said during the meeting.

“A relationship as intense and of such longevity” is “inevitably marked” by “moments that we certainly want to remember but also by moments and events that we have a duty never to forget”.

“In the face of history, we have a duty of repentance,” he added.

Obviously there was no point of hesitation when he already had a hidden agenda. He didn’t forget to mention about the scope of natural gas exploration in Mozambique.

“The start of natural gas exploration in Mozambique could not have come at a better time,” he said. He further said that Mozambique could contribute to “the world energy crisis solution” in particular by using Portugal’s Sines port “as a gateway to Europe”.

Clearly, this visit was not to apologise for the past deeds of Portugal but this visit was more to seek help from Mozambique to help EU rescue itself from the present gas crisis. Nevertheless, the EU has realized that the solution to its problems lies in Africa. With this, the century of Africa is coming and importance of Africa is gradually increasing.

Collection of 43 Pretty quotes and captions