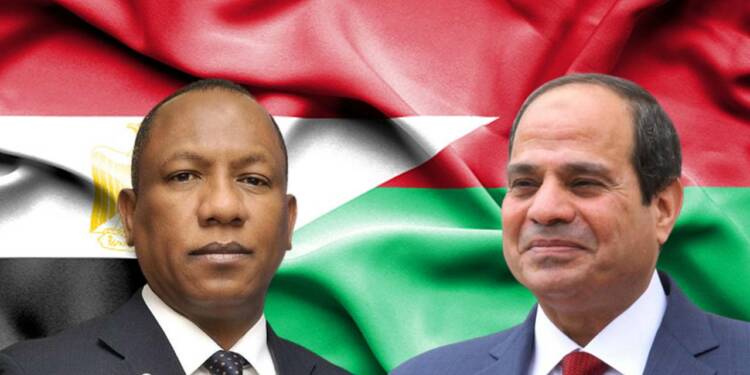 The parasitic practices of the Western nations have long prevented developing African countries from fairly sharing the richness of their own natural resources, endangering their attempts to pursue emancipatory economic and social development programmes. Africa has historically been pilfered by the West. The foundation for Western affluence was African servitude. This discriminatory treatment by the world, especially the West, has made African nations to comprehend the significance of self-sufficiency, self-determinism and unification in today’s geo-political climate. Recently, many nations of the region have made it abundantly explicit that they would not stand by while Western powers continue to exploit them.

According to recent reports, authorities in Madagascar have started works on the country’s first motorway linking the capital, Antananarivo, to Tamatave, the country’s economic hub and largest port. Egyptian company Samcrete will be in charge of the 4-year project for a budget of nearly $1 billion.

“Traffic will be faster, cars will not use much gasoline, and the transport of goods from inside and outside will be more fluid”, said one of the commoners. Astonishingly, this is just a smaller tale in the broader scheme of growing self-assertiveness displayed by Madagascar. You see, Madagascar has adopted a non-aligned policy in response to Russia’s invasion of Ukraine, despite invitations from the European Union and the United States to condemn Russia. The African country is confident of its independent, non-aligned foreign policy that avoids getting engaged in conflicts between heavyweights. Additionally, Antananarivo typically opposes the West imposing unilateral sanctions against other nations, particularly because doing so exposes the West’s use of disparate norms to handle various disputes.

Besides, we shouldn’t undervalue Egypt’s contribution to the current battle against Western imperialism. Egypt has come to represent the resilience of growth on the continent since it is the only one of the three main economies in Africa to have experienced robust GDP growth even at the height of the pandemic downturn (3.3%). Egypt is a major determinant in the region’s growth. In addition to reform dividends, which eliminated currency overvaluation and strengthened the business climate to boost competitiveness, the national economy is being well supported by a variety of forces: expanding infrastructure development; a buoyant gas extraction sector; stronger private consumption; and growing remittances and capital inflows, the report explained.

Abdel Fattah al-Sisi, the president of Egypt, is also touring around the continent in an effort to reestablish Egypt’s once-proud international image. Egypt has finally examined the changing landscape of Africa and recognised the urgent necessity to cope with it and adapt to its demands. Failure to do so could result in increased risks to Egyptian interests from new African tactics and visions from powers seeking to establish a presence on the continent.

A few years ago, Cairo saw the opportunity to organise its African files and cut losses in the African Union presidency. Cairo is working to build a network of political interests to counteract immediate risks to its national security until the opportunity arises to benefit from its policies. And this is resulting in a positive sum game, where Egypt’s national interests are being protected and progress is being ushered in for the smaller African countries.

Africa is showing signs of resistance and a growing sense of unity after being exploited and abused for generations by white colonial powers and fraudulent economic systems. They would not succumb to the treacherous game played by the West anymore.