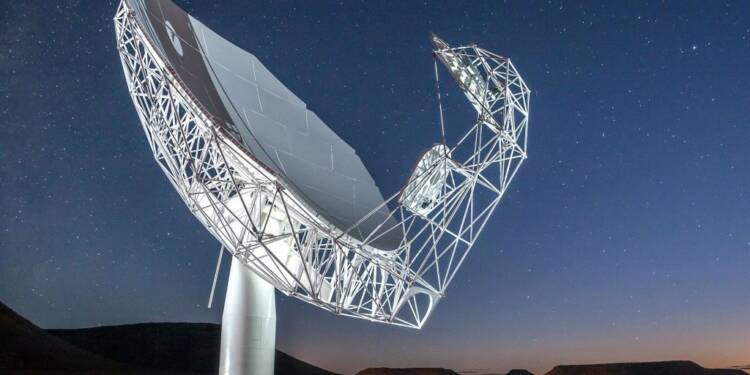 They launched PearlAfricaSat-1 and ZIMSAT-1 respectively on November 7, 2022. With this, Africa is seen to be blasting its way into the space race and making itself proud.

Now in a big development, South Africa has stepped into the next phase of developing the world’s largest radio astronomy instrument. It is aimed at revealing events since the cosmic dawn, when the first stars and galaxies were formed.

South African officials and scientists have recently celebrated a milestone towards building the world’s largest radio astronomy instrument, which is co-hosted with Australia and aims to unlock mysteries of the universe.

South Africa said it will add 133 dishes to its 64-dish MeerKAT radio telescope to create SKA-Mid in the next phase of developing a Square Kilometre Array (SKA).

Praising the development of largest radio astronomy instrument, Joseph McMullin, deputy director-general at the SKA Observatory (SKAO) intergovernmental organisation said, “Today has huge significance for all of us … working towards building a large, exploratory instrument that can serve our community and advance a number of scientific frontiers,” (sic)

MeerKAT, which will be incorporated into SKA-Mid, has delivered images of phenomena including stellar nurseries and the chaotic region around the supermassive black hole at the centre of our galaxy, some 25,000 light-years from earth.

Read More: A Proud day for Uganda as it is all set to explore the space

The dishes are designed to connect with each other to form one giant telescope and with the new additions, expected to be operational by 2030, enhanced image clarity and resolution.

For the longest time, Africa has been treated or seen as a dirty, diseased place. Civil wars, conflicts, terrorism often backed by foreign powers have ravaged the continent and smothered its growth. Africa was colonized by the European powers and even today exploitation of its resources is being carried out in many ways. However, despite of all the hurdles, Africa gaining a strong foothold in the field of space programs is a mighty achievement.

The 2021 edition of the Africa Space Industry annual report states that 125 new satellites have been lined up for development in 23 African countries by 2025. This will help the continent to use the data for strategic decision making, disaster monitoring, security, land use and management, agriculture and forest management. (  )

Africa has a lot to gain with these continuous efforts made in the direction of leading the space race. It is just a matter of time when the leading industry regarding space research will be based in Africa.