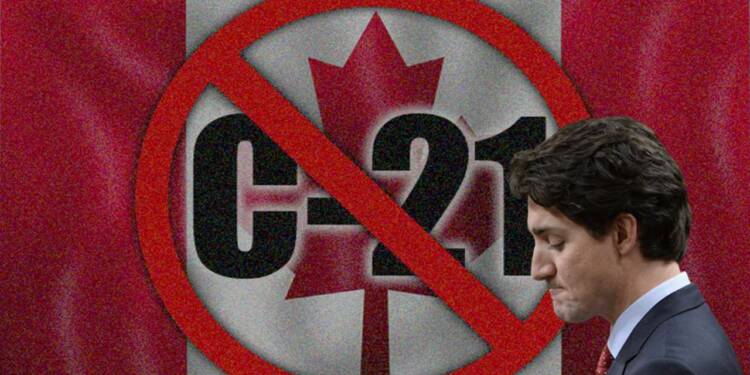 Bill C-21: Canada is a country with a rich and diverse culture. A culture people won’t let go off at any cost. Canadian Prime Minister Justin Trudeau tried to attack the basic tenet of the Canadian society. The response it saw from public was so harsh that it shook Trudeau in fear. He has formally accepted his defeat.

Trudeau’s Liberal Party tried to come after the hunting rifles and shotguns. Last week, the gun control legislation known as Bill C-21 received a number of amendments from the Liberal Party. Canadian Prime Minister Justin Trudeau declared a ban on “military-style assault weapons” effective immediately in May 2020. He famously stated, “You don’t need an AR-15 to take down a deer.”

This was described by the Liberals as freeing the streets of “weapons of war.” Most hunters don’t use AR-15, but deer hunting has long been done with the Remington 742 and similar rifles. Now, Trudeau was aiming to deprive Canadians of them too.

The new amendment aimed to outlaw hundreds of more rifle and shotgun models. According to the amendment, any centrefire rifle or shotgun with a magazine that can store more than five rounds will be illegal. The Bill C-21 was opposed in all corners of the Canadian Society. The amendment was an all-out attack on Canada’s hunting and shooting history. Extreme wokeism seemed to have paralyzed Justin Trudeau’s judgment. He forgot that before being a Prime Minister, he is a Canadian first and similar is the case with people. Trudeau targeted the very Canadian history, identity and culture of people which everyone recognizes.

The Bill C-21 was opposed by the Conservative MPs in unison. Bloc Québécois Leader Yves-François Blanchet has joined the Conservatives in opposing the measure. Gun rights activists asserted that the prohibition would apply to the millions of firearms that are now in use by Canadian hunters and sport shooters. The proposal had sparked outrage among hunters, gun enthusiasts, and rural residents who rely on hunting for sustenance and recreation.

As a result, Trudeau had to accept his defeat and said that he’d be reassessing the amendment to his controversial Bill C-21, which would have banned many hunting and sporting shotguns. The amendment was an attempt to further restrict firearms in Canada, which already has some of the strictest gun laws in the world. The Canadian public’s overwhelming opposition to the Bill C-21 was too much for Trudeau to ignore, and he eventually agreed to reassess it. This marked a major victory for the Canadian people and showed that their voices can make a difference.

He said, “We just put forward a list and we’re consulting with Canadians on that. That’s what we’re listening to, feedback on how to make sure that we’re not capturing weapons that are primarily hunting weapons.” The incident also showed the power of the Canadian public in holding their politicians accountable. Trudeau had attempted to push through the Bill C-21 despite widespread public opposition, but the people ultimately won. This is a testament to the strength of Canadian democracy and the power of the people to make their voices heard.

It also showed that Canadians will not tolerate attacks on their culture, and that they will fight back when they feel their rights are being infringed upon. Ultimately, the Canadian masses made Trudeau accept his defeat.  The prohibition of a major cultural identity would have been fatal to Canadian society because culture is what binds society together and flows from generation to generation. And generation maintains the identity in the form of civilization.

Trudeau didn’t understand it. People made him understand. Because when masses speak, even dictators are forced to hear.