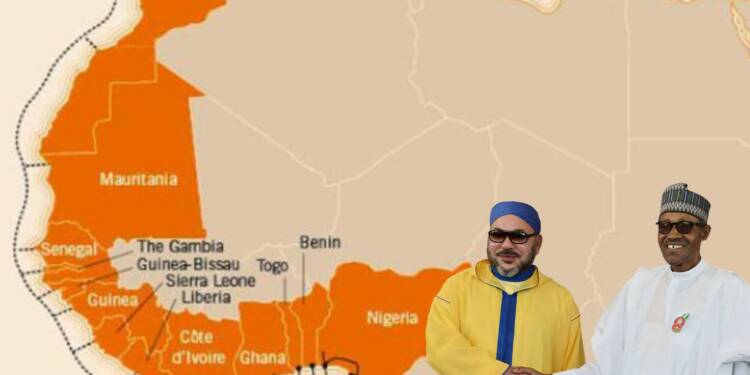 Nigeria gas reserves: Russia supplied nearly 40% of the European Union’s gas consumption last year, therefore the bloc is attempting to quell the crisis brought on by Moscow’s gas supply cuts. As the worst energy scenario for Europe becomes a reality, it has come to the realisation that the US can do nothing to save Europe from an imminent catastrophe. Biden’s misguided policies have already caused considerable chaos in the US, which is also experiencing a serious gas and oil problem. As a result, in an effort to diversify their energy supplies, European nations made an effort to engage with Africa.

The Russo- Ukraine war has thus ignited the importance of the resource-rich continent Africa. Gasping for oil and energy supplies, the Western nations have started a new scramble for Africa.  United States Secretary of State Antony Blinken recently visited three African Union (AU) member-states in August in an attempt to rejuvenate ties. German chancellor Olaf Scholz tried to gain support of the Africa nations during his first visit to Africa in May. Even, French President Macron journeyed to Africa in June to “renew relationships” with the continent. But all their attempts to woo the African nations have failed miserably.

In the wake of global protectionism brought on by the COVID-19 epidemic, Africa has begun to comprehend the significance of self-sufficiency. Additionally, the crisis that wreaked havoc on Europe due to its excessive dependence on Russian energy sources has only served to incentivise African countries to commence reducing their reliance on Western countries.

Recently, Five tripartite Memoranda of Understanding (MoUs) were signed on Monday in Rabat, within the framework of the Nigeria-Morocco Gas Pipeline project.

These MoUs were signed respectively and successively by Morocco and Nigeria, on the one hand, and by Gambia, Guinea Bissau, Guinea, Sierra Leone and Ghana, on the other.

These agreements’ signing attests to the countries’ determination to see this strategic project through as well as their commitment to contributing to its completion.

Owing to a sustainable and dependable gas supply that honours the continent’s obligations to environmental preservation, this flagship infrastructure will help to enhance the living circumstances of the population, integrate the economies of the sub-region, and reduce desertification. A new economic, political, and strategic dimension for Africa will be feasible thanks to the strategic project, which will benefit the entire West African region, which is home to more than 440 million people.

You see, the project is being carried out amid a geopolitical environment characterised by a high demand for gas and oil on a global scale and a rise in prices as a result of Ukraine-Russia crisis. Many nations, especially those in Europe, are working to lessen their reliance on Russian supply. Perhaps, Nigeria along with other African nations could soon step up as an alternative gas supplier for the globe.

To be clear, Western countries have always used subsidies and aids as a smokescreen to hide their “sustained looting” as the host countries lose nearly billions of dollars per year through infrastructure delays, loan repayments, and the flight of profits earned by foreign multinational corporations. The goal is to exploit the vulnerabilities of smaller countries, pulverise them in a web of aid and dependency, and then loot them of their resources.

But Nigeria understands this treacherous game of the West. Well, there is no uncertainty about Nigeria’s prominence in the international economy. Nigeria is one of the largest nations in Africa and one of the largest oil producers in the world, giving it a commanding clout that no other country on the continent can emulate. Nigeria has a strong mining sector outside of oil, with several resources dispersed around the nation that are yet largely unexplored.

Nigeria’s relative power and wealth are now widely acknowledged throughout Africa, Europe, and other parts of the world. Thus, when an emerging power like Nigeria spearheads the battle against Western imperialism, it means business.

Without a doubt, the recent project would augment energy availability and open a new episode in Africa’s quest with economic development. For long, Western countries have pillaged the African continent. The wealth of the West was built on Africa’s enslavement. However, today, the European nations are being hoisted by their own petard. Now, Africa has the negotiating leverage to steer any proposed agreement with the West in a way that benefits it. Europe’s problems are expected to worsen as Africa strives to eradicate energy poverty and achieve self-sufficiency. In other words, Europe has no port in a storm.