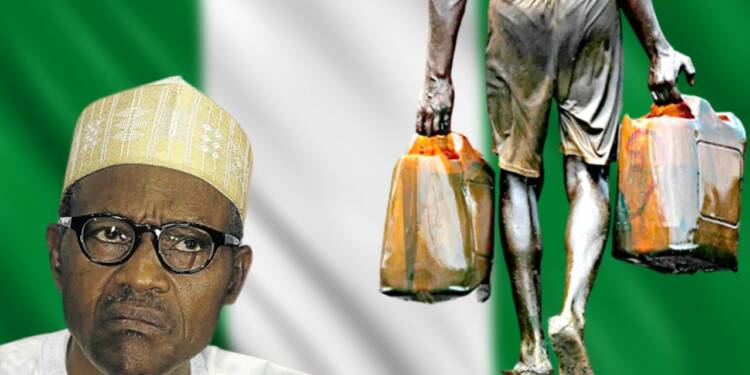 The West suffers from a psychological condition called ‘Kleptomania’. It’s an uncontrollable urge to steal things you generally do not need. For instance, the UK stole the heritage idols of India which it doesn’t need anyway, or erstwhile World’s largest oil producer America stealing oil from Nigeria through illegal oil smuggling cartels. To know in detail how the West is suffering from Kleptomania, delve further into the article.

The head of Nigerian National Petroleum Corporation said that authorities in Nigeria discovered that an illegal pipeline from the Forcados export terminal was operating undetected for 9 years, resulting in the theft of thousands of barrels of oil per day.

Afterwards, the director general of the Nigerian Maritime Administration, Basir Jamoh, stated at a ministerial meeting that Abuja has plans to control the Oil theft. It will deploy a 24 hour surveillance mechanism to watch out for looters. He also stated that the operation will include manned and unmanned aircrafts, helicopters, ships and armored vehicles which will all be connected to a headquarters known as the C4i Center.

Oil theft in Nigeria has been going on for more than two decades but the proportion and rate of theft, it has assumed in recent times is unprecedented. Generally thieves tap oil from land based pipelines to extract oil and remain undetected while they continue to operate. But a whole pipeline to illegally supply oil into the ocean is extremely unusual and it points towards an organized syndicate operating in Nigeria.

The managing director of the national petroleum company, Mele Kyari stated that Nigeria is suffering from oil theft at an alarming rate of more than 600,000 barrels of oil per day which is triple the figure initially estimated.

Recently, Nigeria dropped to the 4th pedestal among oil exporting countries of Africa from its erstwhile 1st position. Currently the top 3 exporters of crude in Africa are Angola, Algeria, and Libya. Nigeria’s oil production dropped below 1 million bpd for the first time since 1990 as thieves disturb oil output, stripping Nigeria of cash.  It is known throughout the world, that USA is attracted to oil just as ants to sugar. Who else would have come to Nigeria’s rescue? Yes you guessed it right, cash stripped Nigeria received $ 750 million in aid (credit-line) from the USA making it the largest bilateral donor. USA was sure its name would come forward in this theft of major proportions, so in order to wash off its sins; the so called aid was granted to Nigeria.

The Aid terror of the West

The West outfoxes any other bloc in the world in propaganda and in institutionalizing colonization. The west smartly uses its puppet organizations for establishing control over the world. The $750 million in credit which Nigeria received is an amount which Nigeria loses in probably 20 days of oil theft. The World Bank is the organization which is being used by the West in the case of Nigeria.

In the different names of aid such as economic assistance, humanitarian aid, multilateral economic contributions, bilateral development aid, and military aid the US controls smaller nations. The nations which are not controlled by these types of aid, the West uses its subordinate organizations such as IMF, World Bank, FATF among others.

And Nigeria is not the only nation suffering from oil theft there are other nations such as Libya and Syria too.

Theft of oil in other destabilized nations

The US wants to be the custodian of peace all over the world, but its acts expose that the country is nothing but a mere hooligan, thief and bully. The US is notorious of stealing oil from many countries and one of them is Syria. The US has been stealing Syria’s oil for years now.

Recently in August, the US forces brought 123 loaded oil tankers from Syria and transported them to their Iraqi bases. The Syrian oil ministry stated on august 8th that the US and its mercenaries are stealing an estimated 66,000 barrels of oil per day which amounts 80% of Syria’s total oil production.

The African countries must learn a lesson from Nigeria and Syria and expel US and/or its proxies from their territory. They should emulate the example of Eritrea and Ethiopia which hit the TPLF, a proxy of the West, so hard that it came to the negotiation table for a ceasefire and peace talks. African countries must rely on trustworthy powers such as India and Russia.

India is one of the biggest consumers of oil in the world. It is also the largest oil refining country in the world. The expertise of oil refining of India can come handy for the African nations and the security of Russia’s Wagner group can play an important role in the stability of the African countries. Russia’s expertise in drilling oil can also help the countries in increasing the oil output of the cash-stripped nations of Africa. Both the nations together will play as important players if the African countries understand that this will prove as a boon for Africa.