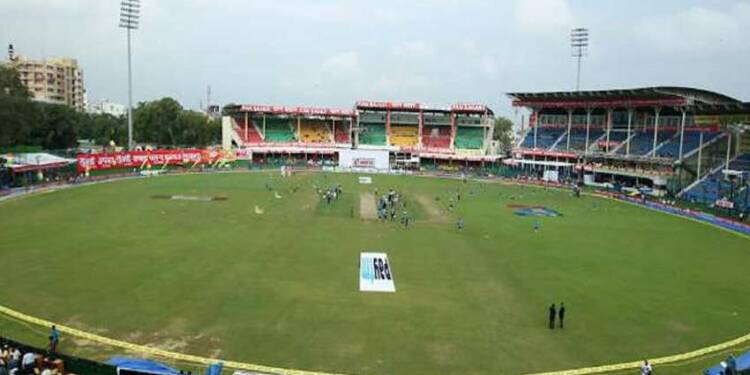 Green Park Stadium is an international level cricket stadium which is located in Kanpur, India. The park was established in the year 1945 and the stadium is named after a British woman named Green, who practiced horse riding here in the 1940s. Green Park Stadium is a 35,000-capacity floodlit multi-purpose stadium in Kanpur, India and is also a home practice ground of the Uttar Pradesh cricket team.

Green Park has the world’s largest manually operated scoreboard. It also houses video screens which are used during international matches. This cricket stadium is managed by the Sports Department of Uttar Pradesh.

How To Reach Green Park Stadium?

By Railways: – The nearest railway station is 5 km away from the stadium, from here you can easily go by rickshaw.

By Air: – The nearest airport to the stadium is the Kanpur airport which is approximately 12 kms away and then you can take a cab to reach the stadium.

By Bus: – Kanpur Interstate Bus Station is just 5 km away from the stadium and can be reached by taxi or self drive.