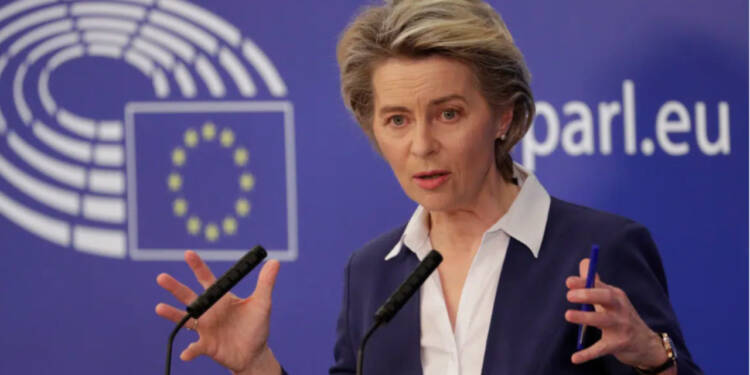 The European Union has recently made an effort to reach out to the Balkan countries. Ursula Von Der Leyen, President of the European Commission, made the outreach this week in Tirana, the capital of Albania, at a summit on the EU-Western Balkans partnership.

But, the Balkans’ ship has already sailed off the EU’s coast. The European Union has long vowed to become a major economic and political partner of the Balkan countries, but the relationship has become strained in recent years. The EU has failed to make significant progress in integrating the region and many of the countries have become increasingly wary of the EU’s intentions. In particular, EU’s lack of action in the region’s migration crisis has been a major source of discontent.

Further, the possibility of Western Balkan countries joining the EU has been on the table for the past 15 years. Croatia became the latest nation from the Balkans to formally become a member of the EU in 2013. Additionally, the spectacle of Brussels swooning over Ukraine and hurrying to grant Kyiv candidate status had to be endured by the Balkans this year.

For comparison, Albania received candidate status five years after applying (which it did in 2014). Serbia (a candidate since 2012) needed three years, and Montenegro needed two years (a candidate since 2010). Just consider: Years have passed while you have waited for Brussels to commit or even just show evidence that it is serious about the relationship, and now all of a sudden, it seems to have forgotten about you and only has eyes for Kyiv. Therefore, it shouldn’t come as a surprise that people in these nations begin to think that the EU might not be something they’d prefer.

Currently, just 21% of Serbs see the EU favourably, and the bulk of them are opposed to entering the bloc. In contrast, 55% of North Macedonians have an unfavourable opinion of the EU.

Recent trends show a decline in trust in European institutions, including in Albania and Bosnia and Herzegovina. Therefore, it seems sensible that the EU is rushing over there for a major conference, concerned that someone else—specifically Russia or China—might grab their allegiance.

To reclaim the lost ground, Von der Leyen went to Balkans, warning that the globe is split between autocracies and democracies and urging the Balkans to choose a side.

She said, “We notice very clearly that the Ukraine war is not only Russia’s cruel war against Ukraine, but also a question of whether autocracies and the law of the strongest will prevail. Or whether democracy and the rule of law will prevail. And this struggle is also noticeable in the Western Balkans.”

She likely believes that the European Union is a democracy. Nothing screams “democracy” more than an unelected bureaucrat visiting another nation and making demands.

And, the Balkans have already chosen to not go with the bloc. Serbia is a close ally of Russia, and Serbian President Aleksandar Vucic recently claimed that relations between Belgrade and North Macedonia in particular have never been better. This is true even though the West has viewed Albania over the past few decades as one of its most steadfast allies, contributing troops to its wars in Afghanistan and Iraq.

Serbia refuses to follow EU’s lead in its foreign policy toward Russia and opposes both the EU’s anti-Russian sanctions and agenda. Vucic repeated his opposition to the bloc’s sanctions policy and declined to sign the summit’s Tirana Declaration, which had a prominent reference to Russia’s “escalating war in Ukraine.”

It’s not hard to imagine that Brussels might view all of this as a threat to its anti-Russian agenda or worry that other Balkan nations that followed Western sanctions could start comparing their problems with Serbia’s, which still benefits from cheap Russian gas, and accounts for about 85% of its petrol gas.

It appears that the EU’s ship to the Balkans has already sailed. The EU has failed to make significant progress in integrating the region and many of the countries are already looking elsewhere for economic and political opportunities. For the EU to regain the trust of the Balkan countries, it must demonstrate that it is committed to supporting the region and addressing the issues that have caused the region to become distrustful of the EU. Otherwise, the region’s ship may have already sailed away from the EU.