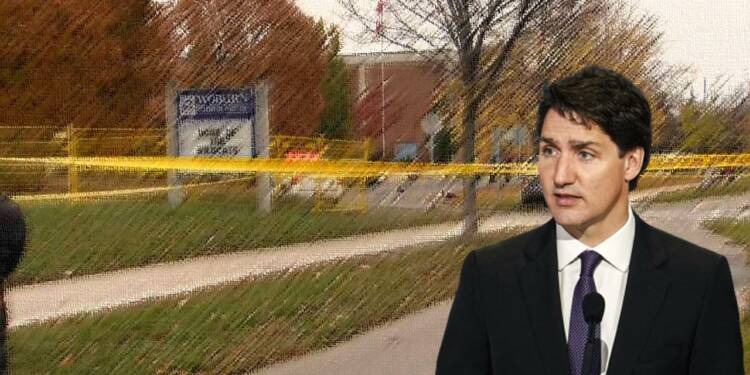 School Violence in Canada: Education has lost its real meaning in Trudeau’s Liberal and ‘woke’ Canada. As of now what worried the Canadian parents was just the nonsense academic curriculum but now they have got another reason to fear from getting their children enrolled in a Canadian school at all. Either call them indoctrination centres or hubs of heinous crimes, children and their parents are now dreaded with flawed schooling structure in the country.

What if I tell you that your child’s school is rocked by protests or encounters shootings or stabbings? What if your child doesn’t feel safe using the washrooms on the school’s campus? Will you just find it strange or will it send shivers down your spine? Certainly it will give anybody cold sweat but not to the federal liberal party.

According to a recent report, there can be seen a massive uptick in the rise of the violent TDSB trustees spending more than eight hours discussing how to deal with the massive increase in violence in their schools, despite the fact that it was a given conclusion before they began, that they would resort to the same hug-a-thug strategies that have failed in the past.

Read More: Run by NDP members, Waterloo School Board is an indoctrination centre for kids

Executive superintendent Jim Spyropolous, to whom education director Colleen Russell Rawlins constantly deferred stated what schools actually need to cope with the violence” that has recently taken the parents in shock. Russell-Rawlins, a proponent of critical race theory (now disguised as anti-black racism), claimed that student safety is clearly a “high priority” and that they are “listening and will keep listening.”

She stated that the strategy, A Collaborative Approach to School and Community Safety, has “clear timetables” and will involve collaboration with local communities. She also added that school monitors and social workers will be introduced to violent schools because the board believes in the “abilities” of the violent perpetrators who have taken over the schools and “sees their humanity” even when they “make mistakes.”

To address the matter, parents were invited to speak during what would turn out to be two nights of debate, and several made an urgent request to reinstate police in schools, at least temporarily, to bring the temperature down. The TDSB stopped the policemen in schools initiative in 2017 after prominent activist Desmond Cole and the BLM mob convinced legislators that police were targeting black pupils.

Parents are raising concerns and are worried to send their children to school which have gotten reduced to a hub of violence.

Read More: Ontario Schools are telling kindergarteners to choose their sex and get taught by skimpily dressed teachers

Larrisa Bholaraminsingh, a mom of a Grade 12 student at Woburn Collegiate said, “Grade 12 students have never experienced such a level of violence but are expected to perform to get into college or university.” “Which college or university will know their level of trauma or stress?” she added. Under the Trudeau government, schools in Canada have turned into a hell hole where the true meaning of education is lost in transition from normalcy to wokeism.

And now, the Trudeau administration is literally justifying the acts of violence in Canadian schools. At this point of time, liberals are pushing Canada’s education sector on a ventilator support just like the health sector. The govt. Incompetency is making Canada, a global insult.

The Cuba-CARICOM alliance will give sleepless nights to the west