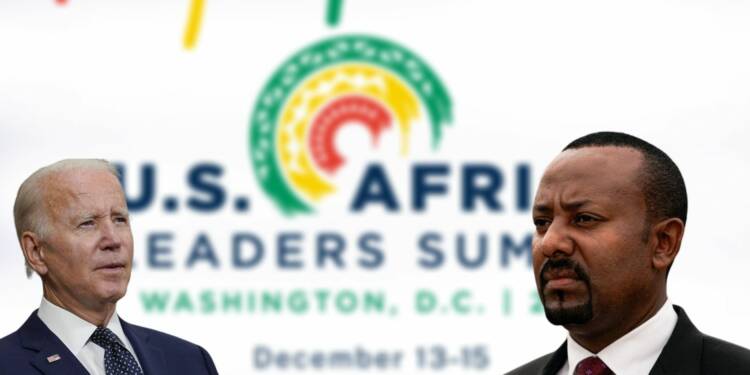 The absence of robust support from several African states during the Russo-Ukrainian conflict baffles the leaders of Western nations. In contrast to simply bowing to the demands of more strong, rich states, many African nations have emphasised their right to protect their own national interests. Ethiopia is leading the charge in this contemporary struggle for self-determination being waged by the African nations. The Ethiopian Prime Minister Abiy Ahmed has been a huge impediment to Western imperial aspirations in Africa, and with each passing day, his prominence only appears to be expanding.

Ethiopia is confident in its independent, non-aligned foreign policy, which avoids conflicts between superpowers. PM Abiy Ahmed has frequently criticised the United States for its imperialist and patronizing treatment of African countries as well as for attempting to foist its political narrative on the entire globe. Because of this, the US continues to harass Ethiopia by funding the TPLF as a way to vent its rage.

Throughout the conflict, the West, especially the US, has provided the TPLF with political, military, and psychological support. You see, on the pretext of humanitarian concerns, the United States is meddling in the country’s internal affairs. The growing geopolitical independence of PM Abiy Ahmed is unsettling to the United States.

To be clear, the US intended to engage Addis Ababa in combat in retaliation for Abiy’s independent foreign policy and ensuing decision to maintain neutrality in the New Cold War between the ascendant multi-polar great powers of China and Russia on the one hand, and the declinating unipolarity of America on the other. Ethiopia’s failure was intended to serve as a stark message to all other nations in the Global South, especially those in Africa, to avoid repeating the same errors.

Contrarily, Ethiopia’s achievement made all other Global South countries, especially those in Africa, realise that it is possible to succeed against insurmountable difficulties so long as society as a whole remains together and supports their military forces.

Far from giving up, Ethiopia is intensifying its efforts and is now more determined than ever to spearhead the battle against American colonialism. PM Abiy Ahmed has demonstrated that African leaders can oppose the U.S., which may serve as an example for other African leaders who may later face similar pressure from America.

“The invitation that the president sent out is extended at the head of state level,…” a senior Biden administration official told Today News Africa.

Also Read: TPLF might be preparing to stab a large dagger in Abiy Ahmed’s back

While the United States may have attempted to do damage control, the reality is that Biden was too terrified to confront Abiy Ahmed, a leader who dared to challenge the grandeur of the American empire.

Biden was caught off guard when the Ethiopian PM landed in Washington, D.C for the conference. Be clear, While The invitation to Ethiopia was indeed extended to the country’s President and head of state, Sahle-Work Zewde, however she then passed it to the Prime Minister who is the head of government.

This was such an embarrassing situation for the US President in front of multiple African heads of state. Make no mistake: Abiy’s presence conveyed a loud message that American subversion tactics aren’t always effective. By fighting with the right motivation, the Ethiopian government has demonstrated that even the powerful American empire can be dragged to its knees.