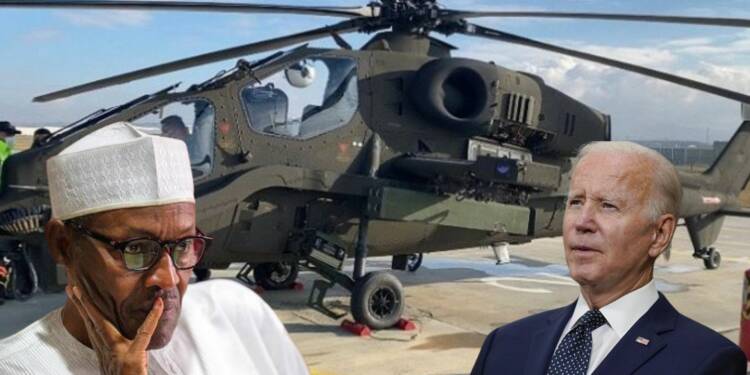 Nigeria returned to democracy in 1999. Now, the country is preparing to hold its seventh consecutive general elections in 2023. The importance of this election can be gauged from the fact that it will coincide with 24 years of uninterrupted democracy, the longest in the country’s history. However, Nigeria’s quest to hold credible and peaceful elections is overshadowed by rising violence and insecurity. The US is trying to influence the outcomes of this election and install a puppet regime. However, Nigeria is now tired of US’ agenda and is pushing back against these evil forces with all its strength.

In Nigeria, insurgents are wreaking havoc ahead of the polls. Violent attacks are on the rise. Nigeria’s election commission offices have also been targeted and recently an office of Independent National Electoral Commission of Nigeria was set on fire by insurgents. There are sufficient reasons to believe that often these attacks are fuelled by outside forces.

But this will not continue anymore as Nigeria is getting new air assets to deal with this crisis. Nigeria’s Chief of Air Staff Marshal Amao said that Nigeria will receive 54 new air assets, including attack aircraft and helicopters as well as aerial drones, to boost its capabilities to fight insurgency in the country. The country is facing a 13-year-old Islamist insurgency in the northeast and kidnappings for ransom by gunmen in the northwest. These have been considered as the biggest security threats for the country.

Nigeria is endowed with resources and is also one of the largest oil producers in Africa. It is also the biggest economy in the continent. Now, Nigeria could be taking a big leap and trying to strengthen itself in the Gulf of Guinea region where America is trying to establish its hegemony.

The Gulf of Guinea is an important shipping zone for transporting oil and gas, as well as goods to and from central and southern Africa. At least 1,500 tankers, cargo ships, and fishing vessels navigate through the Gulf of Guinea daily. It is also one of the world’s most notorious piracy hotspots. The Gulf of Guinea (GoG) stretches from Senegal to Angola, covering over 6,000 km of coastline. As an oil exporting country the region is extremely important for Nigeria. The sea basin is also strategically important in geopolitical and economic sense. Additionally, it is a choke point for the African energy trade, with intensive oil extraction in Nigeria’s Niger Delta region. Nigeria has been struggling to tighten the security around the Gulf of Guinea though various means and had also launched a new strategy to end piracy, armed robbery, and kidnapping in the Gulf of Guinea (GoG) and to secure trade routes, reassure traversing crews, and support local communities.

Nigeria’s final pushback against US

Now, with Nigeria buying new air assets to fight insurgency would also mean greater capabilty to tighten security in Gulf of Guinea region which is strategically important for the country. With the new assets like Agusta 109 Trekker, Nigeria can step up security as it is a cost-effective choice which can be used for a variety of roles including utility, aerial scout, surveillance, law enforcement, troop transport, Search and Rescue (SAR) operations etc.

Further, the T-129 ATAK helicopters are designed for armed reconnaissance and attack missions in hot and high environments and rough geography in both day and night conditions which will be extremely helpful for Nigeria to secure important maritime routes as air operations play a significant role in the security of maritime domain.

With the help of measures like forging regional ties and tightening security, Nigeria tackling threats in the Gulf of guinea. This will not just secure its economic interests in the region but will also ensure greater political stability in the country. It will improve Nigeria’s internal security scenario by sounding a death knell to insurgents funded by outside forces and further, it will be a huge blow to the West which is trying to create troubles ahead of the important polls in the country.