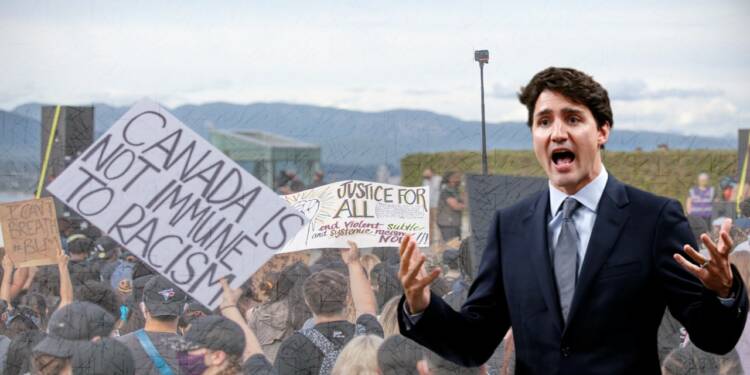 Justin Trudeau is well-known as a champion of anti-discriminatory practices all across the world. His first Cabinet was directed towards ending condescending attitudes towards people of colour and women. 7 years down the line, his government is facing the same charges. Blacks are angry with Trudeau.

Trudeau government is allegedly discriminating against probably the most respected members of black community in Canada. A group of Black federal civil servants has accused the government of openly practising racism against them. Their self-respect has suffered so much damage that they are looking to shed the idea of getting any monetary compensation from Trudeau. The problem traces back its origin to 2020. Nicholas Marcus Thompson, a Trinidadian-Canadian social justice advocate had organised a $2.5 billion class action lawsuit against the federal government of Canada. Black Canadians had argued that federal government is discriminating against them for the last 50 years. Nicholas estimated that nearly 45,000 black people were affected by this policy. 67 per cent of them were civil servants who were discriminated against at workplace. 15,000 even alleged that they were not given job because of their skin colour.

The Trudeau government is trying to ensure that the case becomes a labour grievance rather than a racial justice one. Meanwhile Thompson demanded a $100 million mental health fund for former and current black employees. Trudeau took months to set up this fund, but allocated only $3.7 million for 4 years. Even then his agents are said to have no intention of doing anything good for blacks. They have been caught sending incorrect and out-of-date information. Thompson said, “The public service is playing games with the lives of Black Canadians, and their mental health in particular. The government acted in bad faith with us when it said it wanted to work to create the mental health program.”

Trudeau has been vocal for Blacks

On the face of it, it does sound absurd. After all, Trudeau has been a champion of inclusive government. He has changed this issue into an electoral one and based his PR on it. Even after he came to power, he didn’t change his stance publicly. In the midst of Black Lives movement, Trudeau took the knee.

His treasury has shelved millions of Dollars to end racism. He has pushed $400 million for Black Entrepreneurship Programme. $172 million are being spent to collect accurate data about blacks. Another $50 million is being spent to support Black-led organisations in building houses and rent them out to blacks.

You see a pattern here? All of these efforts lay their origin to considering black people as inferior. It is as if saying that just because a person has black skin, he must be poor and need help from his white counterparts. In fact, this is the unconscious bias of the privileged white community in the whole of the American Continent. It does not change whether Blacks are in power or not. Trudeau’s friend Biden had shown a similar attitude towards President Obama in 2007. Even when he termed Obama as an articulate, bright, clean and nice-looking guy, he did not forget to refer to him as African-American. I mean, why can’t a black guy be what Biden described Obama?

Trudeau had done a similar act way before Biden. In 2001, he had used black paint on his face to portray himself as a black guy. It was part of an act in which by dressing up as black guy, white people are considered doing comedy. Trudeau had apologised and said that he had done it on more occasion than one. He had termed it as having a massive blind spot”.

No country for blacks

Even if we assume that he is guilt-tripping, Trudeau is not able to land a sweet spot. His solution boils down to handling doles for political opportunism. Trudeau is not ready to believe that black people need government benefits, but they are dignified humans. They want respect over anything else.