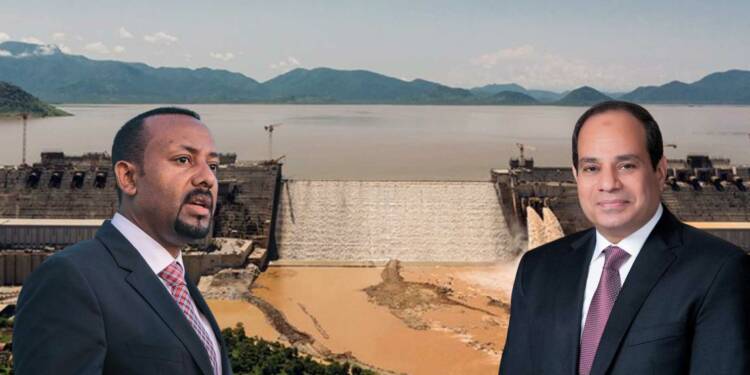 In most African nations, poor leadership is a reflection of the leadership culture rather than just an issue with those in positions of authority. For decades, Africa witnessed a variety of leaders with the same outcomes. As a result of their superior status and lack of accountability to the people they oversee, leaders in such a structure serve rather than being served.

Two contemporary African leaders who can work together to fill the leadership vacuum that Africa so desperately needs are Egypt’s President Abdel Fattah El Sisi and Ethiopia’s Prime Minister Abiy Ahmed. However, differences between the two nations are trapping their leaders in a web of internecine conflict, rendering them unaware of the significant opportunities that convergence might offer.

It is now clear that politics is what propels national economies. In their seminal work “Why Nations Fail,” Acemoglu and Robinson contend that the political growth of industrialised and emerging nations differs significantly.

The majority of emerging nations have extractive political and economic systems. The powerful political influence held by the ruling class is used to direct economic resources in their favour and the interests of those who are connected to them.

However, in the modern period, political savvy leaders who are fervently nationalist have emerged in Africa. In this context, the leaders of Egypt and Ethiopia, El Sisi and Abiy Ahmed, should be mentioned.

Ethiopia is assured of the independence and neutrality of its foreign policy, which steers clear of confrontations between superpowers. PM Abiy has regularly criticised the United States for treating African nations in an imperialist and patronising manner and for wanting to impose its political narrative on the entire world.

Ethiopia’s achievement made all other Global South countries, especially those in Africa, realise that it is possible to succeed against insurmountable difficulties so long as society as a whole remains together and supports their government and military forces.

In similar vein, the rise of the Egyptian President El- Sisi is worth mentioning. Following the fall of Islamist President Mohamed Morsi amid widespread protests against his government, President El-Sisi took office after a turbulent year. In his first two years in office, he had to deal with terrorist groups that posed a threat to the nation’s internal security while also working to stabilise the economy following two years of chaos and upheaval. However, the President has had some degree of accomplishment so far. The budget deficit has decreased from 12.5% of GDP in 2016 to 7.9% of GDP in 2020 as a result of the economic reforms implemented between 2016 and 2019. It is projected to decline to 6.7% in 2022. Moreover, foreign exchange reserves rose from $15 billion at the end of 2015 to more than $45.5 billion in February 2020.

Furthermore, El-Sisi’s policy of supporting the National Libyan Army led by Khalifa Haftar made it difficult for terrorists from Libya to infiltrate Egypt to carry out attacks.

But what restricts both the nations to join hands and usher in a growth model in the entire continent is their internal differences. Both Egypt and Ethiopia have a long-running dispute over a massive hydroelectric dam being built on the River Nile.

Egypt along with Sudan have complained that Ethiopia has acted unilaterally for a second year and begun to fill up the reservoir behind the Grand Ethiopian Renaissance Dam (Gerd).

Egypt, which relies almost entirely on the Nile for its water, sees it as a possible existential threat. Ethiopia says it is vital for its development.

Decade-long negotiations over the dam have failed to reach a final agreement.

Recently, Egyptian President sought US help in pressing Ethiopia into an agreement on the mega-dam. Visiting Washington for a US-Africa summit, Sisi raised the issue of Grand Ethiopian Renaissance Dam with Secretary of State Antony Blinken.

Make no mistake: asking the US for assistance might spell disaster for both African countries. History demonstrates how American intervention is utilised as a platform to destabilise African countries and advance American foreign goals. It’s a little unusual to witness capable leaders like Al Sisi and Abiy Ahmed seek out foreign actors’ assistance.

You see, both leaders should put their myopic perspectives aside and sit down at the table to reach a solution. The Ethiopian Prime Minister should ideally be the one to start negotiations for such a contract because Addis Abeba is building the dam next.

Currently. Ethiopia is reluctant to be tied to a figure of how much water to release. Its priority is to make sure there is enough water to operate what will become the largest hydroelectric plant in Africa. This makes Egypt anxious. Cairo sees the Gerd as having the potential to threaten its very existence. Its near-total reliance on the Nile for water means it is very nervous about what could happen upstream. Thus, a guarantee of a certain volume of water from the Ethiopian PM could help calm El-Sisi’s nerves.

In an increasingly complicated world, there have never been more opportunities for growing leaders. An evaluation of the entire leadership culture is necessary to identify any gaps for leadership development, particularly in Africa. Fortunately, Abiy and El-Sisi both have exceptional leadership qualities. They can handle the Nile problem on their own without any help from the US.