Contraband tobacco fields in BC, are reminiscent of Taliban era poppy fields

Last year, Taliban took back the reign of Afghanistan from America. But, do you know how it financed the war?  It’s through opium poppy farming and trade. A similar devil is unfolding in Canada 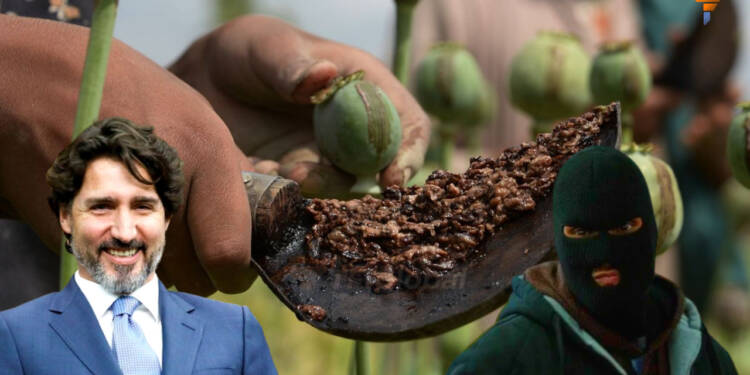 Retail organizations, business owners, and representatives of the tobacco industry estimate that between 30 and 50 percent of the tobacco sold in British Columbia is contraband, and they are urging authorities to take action against the organised crime organisations that supply it.

According to Cory Holland, whose Oyama General Store offers groceries, convenience items, a post office, and a liquor store, the presence of contraband tobacco damages not just him financially but also the health care system and the taxpayers.

Holland said, “Unbeknownst to me, this illegal market of contraband tobacco was growing rapidly. Our sales are down 50 per cent compared to three years ago.”

Contraband cigarettes cost approximately $5 per pack and the cartons cost about $50, according to Holland, whereas smokes at his store cost between $17 and $21 per pack and cost about $175 per carton.

He claimed, “I’m down $200,000 in sales from three years ago.” Holland owns just a small shop in British Columbia. The lost tax revenue is simply immeasurable. It could be used in healthcare which is clearly struggling. Further, the contraband cigarettes can impact people’s health as they’re not being checked.

The huge revenue is a reminder that the Taliban benefited from Opium agriculture. According to the United Nations Office on Drugs and Crime, Afghanistan is the world’s top producer of opium (UNODC). More than 80% of the world’s supply of opium comes from its harvest.

Opium poppies can be utilised to create heroin and other highly addictive substances.

Opium farmers are reportedly charged a 10% cultivation tax by the Taliban. Additionally, taxes are collected from the traffickers who smuggle the illegal substances as well as the facilities that turn opium into heroin.

The Taliban’s annual share of the illegal drug market is estimated to be between $100 million to $400 million. Clearly, the Taliban benefited hugely from the Opium poppy cultivation. Benefited enough to throw the US out of their country last year.

With Jagmeet Singh’s NDP at the helm in British Columbia, the onus falls on them. It may be possible that they are benefiting from all this in their province. And Trudeau’s silence can be understood as he is in coalition with the NDP at the federal level.

With such a vast empire of contraband tobacco prevalent, Canadians’ right to life is at fence.

JK Temple, Kanpur History, Travel Guide and how to reach