France and EU at loggerheads! Again 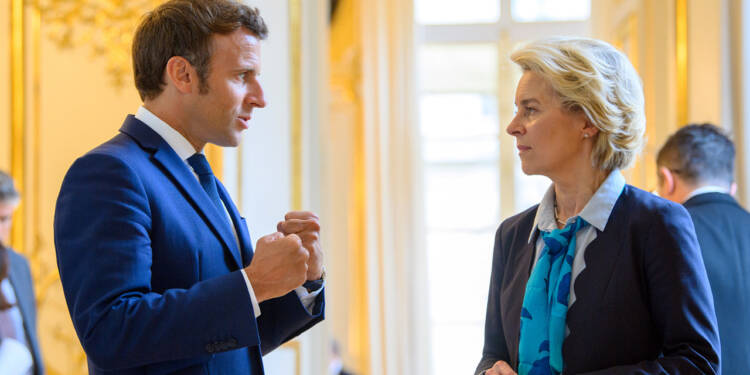 It seems that disagreements and disputes are finding their way into the France and EU partnership with each passing day. While the EU not taking any active stance against Washington’s Inflation Reduction Act has already rocked France, here comes another addition to the burgeoning differences. France can now be seen sparring with the EU over a new trade deal signed between the EU and Chile.

The EU-Chile recent trade agreement is becoming a bone of contention between France and the EU over concerns of disparity. French livestock farmers have criticised the agreement, which slashes most tariffs between both trading blocs, as it allows Chile to trade without having to respect the same standards that bind EU member states.

On December 9, the EU and Chile agreed to a new ‘Advanced Framework Agreement,’ twenty years after the first accord was reached in 2002. While the deal primarily addresses raw material imports, it also addresses meat.

“As always, agriculture and its most sensitive sectors have been the currency of the latest negotiations. The concessions are piling up agreement after agreement,” France’s main farmer’s union, the FNSEA, said in a press release.

Read More: France, the only nuclear power in Europe, assures Russia that there won’t be a nuclear war

Chilean exports to France might total 9,000 tonnes of pork per year, 4,000 tonnes of sheep meat, and 2,000 tonnes of beef. Poultry production will expand from 18,000 tonnes to over 40,000 tonnes each year, providing an additional 45 million chickens to France, which produces 800 million and now imports one million.

However, Yann Nédéléc, director of ANVOL, the French poultry industry’s interprofessional association, believes that “the accumulation and consistency of European rulings” is an issue.

“On the one hand, we are going to impose regulations, increase production constraints to strengthen animal welfare in particular, and on the other hand Europe signs agreements that bring in products that do not respect the same rules as ours,” the farmer told EURACTIV France.

The agreement is raising concerns among the livestock farmers’ unions and interprofessional groups. They are particularly peeved by so-called “mirror clauses,” which require EU standards to be implemented for foreign imports in order to make trade more equitable.

Moreover, poultry producers are taking on the health issues in particular. You see, the Chilean imports got suspended by the European Commission owing to some “deficiencies” among meat producers that were revealed by health tests. “Farmers also use certain antibiotics and growth promoters that are prohibited here,” said Nédéléc, adding that it is “unfair competition”.

For the National Bovine Federation (FNB), Chilean farms “will not necessarily respect European rules on traceability, animal feed, use of veterinary medicines, use of phytosanitary products and animal welfare”.

Brussels’ commitment to “phasing out growth-promoting antibiotics”, which are banned in the EU, does not please the FNB, which believes that “a binding European reciprocity measure should already have been adopted”.

Read More: With the help of Uganda, France is flying over the cuckoo’s nest, called EU

Although the European executive is pleased to have reached the agreement- the “first EU trade agreement to include a chapter on sustainable food systems,” France is coming at loggerheads as it is of the view that the deal is not in compliance with the European standards. Even the National Bovine Federation (FNB) has suggested that the commission has gone back on its commitment it had previously made on this subject before the council.

The EU has once again proved that it lacks cooperation with its member states by taking independent decisions benefiting foreign countries. Its step-motherly treatment of its own members keeps on causing rifts time and again.