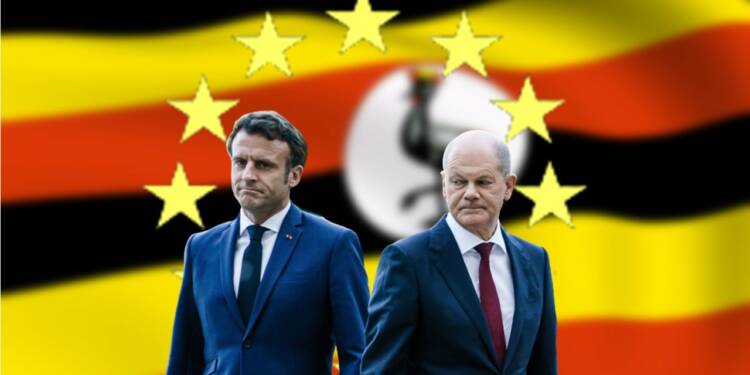 Following the retirement of former German Chancellor Angela Merkel, Macron is presently the tallest leader in the EU. He has the responsibility to make choices and chart a new course for the EU.

As an important leader of the EU, Macron has had some big ideas. For the past few years, the French President has spoken of ushering in a period of strategic autonomy and independence in Europe.

Additionally, Macron has expressed a desire to make significant decisions.

With the motto “Recovery, Power, Belonging,” Macron had himself stated his aims for the French presidency of the EU in December. At a news conference in Paris, Macron had said that France’s aim was “to move towards a Europe that is powerful in the world, fully sovereign, free in its choices and in charge of its own destiny”.

Realizing that Europe cannot depend exclusively on NATO has contributed to Macron’s ambitions of creating his own power domain. Referring to Macron’s supervision of the EU’s security and defence strategy, it is important to recall that France, as the EU’s lone nuclear power following Brexit, has the most active and combat-ready military forces in the entire bloc.

Macron has never steered away from advocating France’s interests in particular and the aspirations of the Union in principle, unlike his counterparts like the German chancellor Olaf Scholz and other contemporary Union leaders. By genuflecting to his American masters, the German leader has repeatedly undermined the sovereignty of both his country and the European Union. Throughout the Macron presidency, France has made an effort to rebuild itself as a “startup power,” one that can play great-power politics while harnessing multilateralism to further European and French interests. A headstrong leader like Macron would not license the United States to regulate his nation’s foreign policy. The recent gas pipeline agreement with Uganda is evidence of the strategic autonomy that Macron so genuinely follows.

Total Energies announced in February a $10bn investment deal – which would involve constructing a pipeline of over 1,400km linking the Lake Albert fields in western Uganda to the Tanzanian coast – with Uganda, Tanzania and CNOOC.

In a non-binding resolution, the European Parliament said it was “extremely concerned about human rights violations” in both countries, citing “arrests, intimidation and judicial harassment of human rights defenders and non-governmental organisations”.

In actuality, the European Union was simply carrying out the diktats of its American overlords. You see, under the grab of raising ecological concerns, the United States is attempting to obstruct the ascent of Africa. An assertive Africa would never be advantageous to America. The US’s wealth is a result of the captivity of African people.

But a forward-thinking leader like Macron recognises the growing significance of funding infrastructure projects in a continent like Africa, which has recently witnessed unprecedented rates of development. He is perfectly conscious of the serious ramifications of leaving the American multinational corporations in complete control of the African markets. The rising antipathy toward Americans among Africans has also assisted Macron in furthering his ambitions.

No doubt, France will have to keep battling with intra-European competition and a European Union, plagued with internal disagreements and loss of strategic autonomy, for years to come. Macron’s France does, however, appear determined to face the hurricane with increased gusto. The current challenge is to establish credentials, and generate a reliable reputation among developing nations in Africa and Asia. If Macron plays his cards well, the ascension of France as an important player in the international community could not be thwarted.