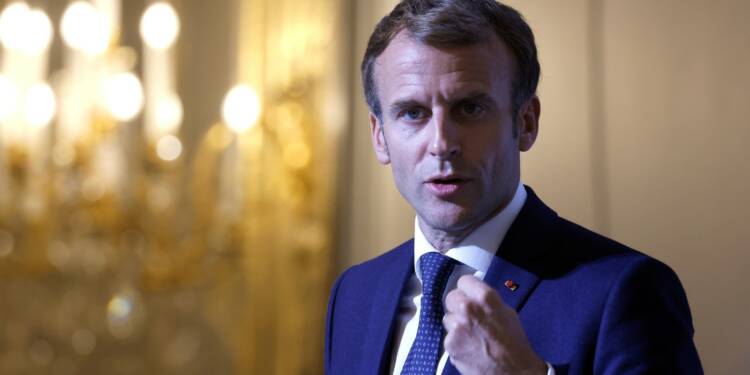 Things are changing within the European Union, with France holding the presidency of the intergovernmental body until June. The Ukraine situation is forcing France to take some harsh steps, and once Macron takes those harsh steps, the entire world will be watching its repercussions.

The Ukraine situation has been worrying the EU for quite some time. Russia is accused of having mobilised 100,000 combat-ready troops on the eastern Ukrainian border and there are lingering fears of a Russian invasion.

Naturally, the EU should be involved, right? Ukraine is not an EU member but remains close to the European Union. And Russian aggression against Ukraine is often perceived as a precursor to the expansion of deepening Russian influence in the European territory.

The EU States fear that Russia is planning to take over Ukraine. And it won’t stop expanding even after taking over Ukraine. So, if anyone faces a security threat over the Ukraine situation, it has to be the EU.

However, on January 10, senior diplomats from the US and Russia met in Geneva for crunch talks, and there were no EU officials. The talks were moved to Brussels on January 12, but were held at the NATO headquarters and not the European Council.

So, it is virtually as if Washington, D.C. and Moscow are meeting in Europe to decide Europe’s future, but without European officials. This is somewhat insulting, as Europe has no control and no autonomy over its own future in the present setting dominated by the United States of America.

Now, this is where the role of French President Emmanuel Macron becomes significant.

A French diplomatic source said that the EU was “deeply implicated in ongoing discussions on Ukraine.” The source added, “We are coordinating closely with the U.S. and being debriefed by them.” So, Paris is asserting that the Ukraine situation won’t be discussed without keeping the EU in the loop.

Presently, Macron is the tallest leader in the EU after former German Chancellor Angela Merkel’s retirement. He is in a position to call the shots and set a new agenda for the EU.

Macron as an EU leader has some ambitious plans. The French President has been talking about bringing in an era of strategic autonomy and independence in Europe for the past few years.

Read more: Macron has got a new European partner to corner Germany and take over the EU leadership

In 2018, he warned that the Europeans could not be protected without a “true, European army”. This was an implicit warning against the NATO system that institutes a US-led alliance for Europe’s security.

Macron had said, “I want to build a real security dialogue with Russia, which is a country I respect, a European country – but we must have a Europe that can defend itself on its own without relying only on the United States.”

Read more: France is planning to end US-led NATO as we know it

Europe may have been side-tracked in the recent discussions between American and Russian diplomats, but Macron has a big opportunity of asserting European autonomy with some big decisions like undermining the NATO alliance or announcing the formation of an independent European Army.

And Macron has himself indicated his desire to take big decisions.

In December, Macron had himself announced his priorities for the French presidency of the EU with a motto- “Recovery, power, belonging”.

At a news conference in Paris, Macron had said that France’s aim was “to move towards a Europe that is powerful in the world, fully sovereign, free in its choices and in charge of its own destiny”.

He is pushing for a coordinated response on migration and the development of joint EU defence capabilities. Taking “charge of its own destiny” practically means that Macron no longer wants to follow in America’s footsteps.

Macron is looking at some harsh decisions, which could include cutting down NATO’s role, creating a purely European military institution and side-tracking the US in Europe-Russia relations. This is going to have global repercussions with a resurgent EU and a less powerful US.