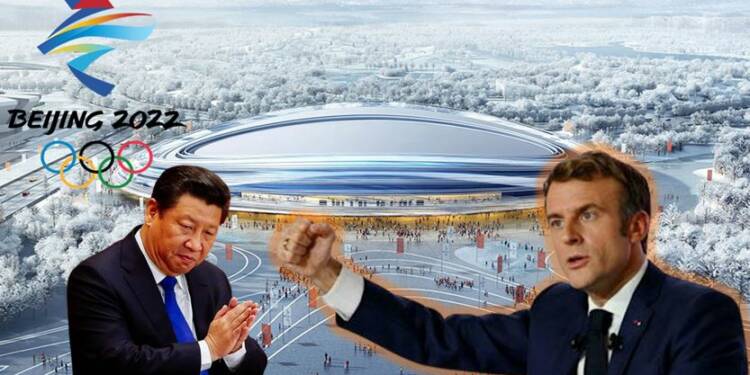 A partial, diplomatic boycott in which athletes are allowed to participate but officials skip the event will still allow Chinese President Xi Jinping to put up a grand show and shore up his soft power. This is exactly where French President Emmanuel Macron has got it right. He said, “To be clear: You either have a complete boycott, and don’t send athletes, or you try to change things with useful actions.”

Presently, no country has announced a full-scale boycott of the Beijing Winter Olympics to be held next year. Had Trump been in power, he would have pushed the entire democratic world to boycott China. However, all that the sitting US President Joe Biden has managed to do is to work out a partial boycott, that is, neither President Biden nor any other US government official might attend the 2022 Winter Olympics to be hosted by Beijing.

Also read: Beijing 2022 is turning into Berlin 1936 and the world is shamefully allowing it

Macron, on the other hand, doesn’t believe that such a boycott would be of any use. This is seemingly why Macron said that either you have a complete boycott or you change things with “useful actions”.

In fact, a partial boycott will only make China’s rivals look weak. Beijing has already started showing its muscle power by warning that countries boycotting the games “will pay the price for their mistaken acts”. It has also managed to confirm the presence of United Nations Secretary General Antonio Guterres at the opening of the Winter Olympics, in a bid to show legitimacy.

Now, if China’s enemies go ahead with a partial boycott, it would seem as if a total boycott was avoided due to the fear of an angry reaction by the Chinese Communist Party (CCP).

Why the world must boycott Beijing Winter Olympics:

Nazi Germany for instance was allowed to host the 1936 Berlin Olympics despite Adolf Hitler’s ambitions to France and Poland, and reversing the 1919 Treaty of Versailles, which had compelled Germany and its allies to accept sole responsibility for the first World War, apart from making territorial concessions. Even Hitler’s anti-semitic agenda was ignored by the world leaders of that era.

Hitler had then ensured that he became the central figure of the 1936 Olympics, and after the multi-sport event ended, an emboldened Hitler went berserk.

The world cannot repeat the errors of 1936 in 2022, especially when we know the level and extent of humanitarian costs involved. China cannot be allowed to host the Winter Olympics, while it plans to invade Taiwan, take over the entire South China Sea, and claim Indian territories in the Himalayas. The world also cannot turn a blind eye to the Uyghur Muslims and Tibetan Buddhist monks being subjugated day in and day out, by the CCP.

If the free world doesn’t want Xi Jinping to turn into a devastating monster, it must organise a total boycott of the 2022 Winter Olympics.

France could be the first country to totally boycott the 2022 Winter Olympics:

If there is a world leader who may not shy away from making a bold move like suddenly announcing a total boycott of the Beijing Winter Olympics, it has to be Emmanuel Macron. He has already shown signs of piling pressure on China by announcing that Paris would work with the International Olympic Committee (IOC) on a charter to protect athletes, in a veiled reference to concerns about Chinese tennis player Peng Shuai, who accused a top government official of sexual assault and was not seen for weeks after making the accusation.

Meanwhile, Macron is also eager to do something to reassert his image as an anti-China hawk. After the AUKUS pact, Australia decided to cooperate with Britain and the USA, for developing nuclear submarines. A submarine contract between Paris and Canberra was therefore cancelled. Macron, who has been admittedly miffed by the AUKUS pact, now needs a stick to beat China with and reassert his image as a giant anti-China hawk. And he won’t get a better stick than a complete boycott of the Winter Olympics to beat China with.

The time is running out quickly for the free world, as the Beijing Winter Olympics are just one year away. Full-scale boycotts are needed to spoil China’s big moment and it seems that France may be the first one to start the process of affecting the 2022 Winter Olympics in a big way.