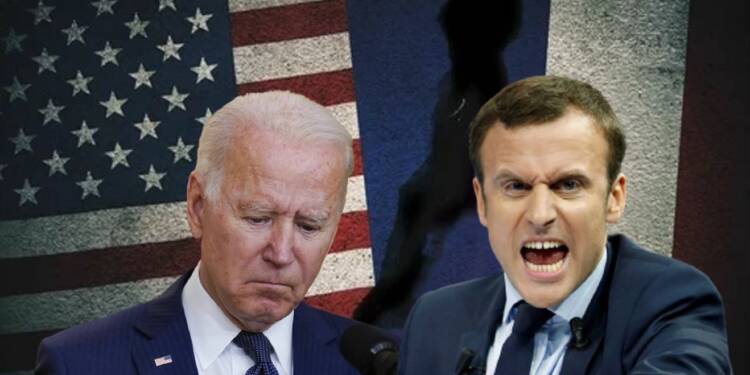 In many ways, when seen in the context of the larger goal of containing the Chinese threat and securing the Indo-Pacific, the announcement of a trilateral security arrangement called AUKUS between Australia, the United Kingdom and the United States is indeed historic. However, the countries could have handled it all better. For instance, France is currently infuriated with all three of its allies and partners – the U.S., UK, and Australia. India and Japan too will not be very happy with two QUAD members setting up a trilateral security arrangement, alongside UK, with the goal of containing China. The Five Eyes alliance is in any case suffering a lull of late.

In such an atmosphere, things could have indeed been done differently. Australia could have been given the nuclear propulsion technology by the United States via the Quad arrangement itself. In fact, France could have been made an observer at Quad, giving the alliance more teeth against China, given Paris’ deep involvement and stake across the Indo Pacific.

France is furious. The French government has immediately recalled its ambassador to the U.S. in response to the recently announced national security partnership between Washington, Canberra and London. Jean-Yves Le Drian, the French minister for Europe and foreign affairs, said on Friday that the move was made at the request of President Emmanuel Macron himself, and that “this extraordinary decision reflects the exceptional seriousness of the announcements made on September 15 by Australia and the United States.”

France has stood by the United States through thick and thin. It is believed that this is the first time that France has taken such a radical decision, and it best epitomises its fury. France has minced no words in describing its anger against allies like the US, UK, and Australia. The French Foreign Minister called the deal a “unilateral, brutal and unpredictable decision”. While speaking to radio station Franceinfo, Le Drian said that it was a “stab in the back” and added that France had established a relationship of trust with Australia, and it has now been “betrayed”.

India, although Australia claims it was informed well ahead of the AUKUS announcement, would have ideally wanted for QUAD to not be diluted in such a manner. The UK could have been brought into the Quad, along with France. With such additions, Quad would become an even more formidable force of the Indo Pacific, and an anchor against all devious Chinese designs in the region. Japan too would have wanted the same. Joe Biden should have had the farsightedness to create a Quad+ initiative, instead of compartmentalizing its anti-China allies into various groupings.

France alleges that it was blind sighted by the announcement of AUKUS. If that is true, it is quite a statement on the leadership of Joe Biden. France is one of the U.S.’ oldest and most trusted allies, and for Paris to be backstabbed and left alone by Washington will have far more devastating consequences in the long run than the Biden administration can possibly comprehend right now.

Read more: Biden turned Quad, the strongest anti-China grouping, into a useless group with no vision, India, Japan and Australia are back on track

When Quad was formed as an informal strategic forum comprising India, the US, Australia and Japan, the core idea was that the four maritime powers will coalesce in order to check China’s disruptive rise in the Indo-Pacific. But since Biden has always had a soft corner for Beijing, he has deviated the Quad from its real purpose. He has brought in issues like climate, critical technologies and Korean denuclearisation. While ideas like making Quad a vaccines powerhouse is still understandable as a means to counter China’s “vaccine diplomacy”, bringing in other issues like Korean denuclearisation, climate and critical technologies is an outright insult to the spirit and original purpose of what was intended to be an anti-China forum.

To compensate for his own blunders, Biden took a haphazard decision to come up with AUKUS, and he has now left at least two U.S. allies uncomfortable, and one extremely furious. Joe Biden is touted to be a foreign policy genie, with vast experience in the international affairs realm. However, ever since he assumed the presidency, Biden has been messing up big time. He has been alienating America’s allies and pursuing the wrong geopolitical goals. Americans must realise that they have a man as their President who happens to have no clue about how to handle the United States’ foreign affairs.