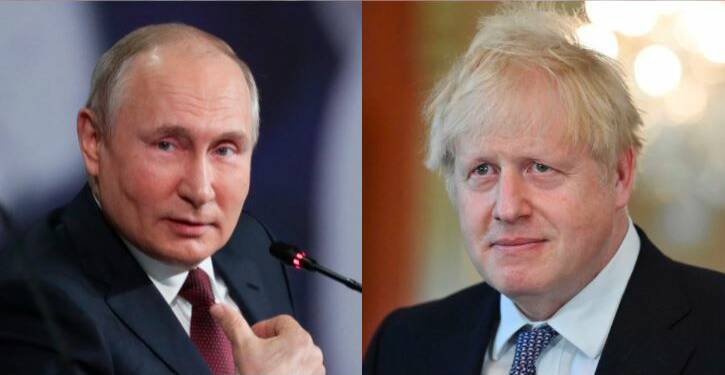 Kremlin spokesperson Dmitry Peskov has said that a meeting between Russian President Vladimir Putin and British Prime Minister Boris Johnson is possible if the British authorities have “political will”. In fact, the Boris government and the Putin administration are seemingly looking to bury the hatchet and normalise bilateral ties, with the first signs of mending bilateral ties coming from London.

Recently, British Secretary of State for Defence Ben Wallace said that Prime Minister Boris Johnson could meet Russia’s President Vladimir Putin after the Russia-US summit in Geneva on June 16. In an interview with the Sky News television Channel, Wallace said that Boris was ready to discuss the normalisation of bilateral ties provided Moscow changed its behaviour.

Meanwhile, TASS news agency quoted Peskov as saying, “No, such a meeting is not being prepared, but it is potentially possible. It is possible if political will prevails in London to mend our bilateral relations, which have been damaged badly at the initiative of London.”

Befriending Russia is a part of London’s efforts to gain a vantage position in the Indo-Pacific. The fact remains that post-Brexit negotiations between the European Union and the United Kingdom have not been a very pretty affair. Trade between the EU and the UK has not picked up in the aftermath of Britain’s exit from the Brussels-based EU. In this context, Britain wants to shift a large chunk of its international trade towards the Indo-Pacific region.

However, the Indo-Pacific is riddled with its own complexities and challenges, which are mostly a result of rising Chinese hegemony and belligerence in the region. Global alliances and security cooperation in the Indo-Pacific thus get intimately interlinked for any nation that wants to pursue maritime trading interests in this part of the world. Ultimately, it is all about countering Chinese hegemony and aggression in the largely maritime region.

On its part, the Boris Johnson government must have noticed how the recent Putin-Biden summit in Geneva carved out a new opportunity for isolating China. US President Joe Biden was found playing up the fissures in the Sino-Russian relationship. Biden categorically mentioned that Russia might get ready to work with the US and other countries because presently it is being “squeezed by China.”

It seems that as Russia is being encouraged to snub Beijing and rework its ties with the West, the UK doesn’t want to miss the bus. Today, Russia enjoys renewed importance in the Indo-Pacific because of its long border with China and intimate ties with emerging powers like India and the ASEAN. If Boris wants to make the UK an Indo-Pacific power, he cannot afford to ignore Russia, especially at a time when Biden also seems to push for better Russia-US ties.

It was the desire to pursue a stronger position in the Indo-Pacific that led to Britain finalising trade deals with Japan and Australia while moving really close to such an agreement with India. Johnson is already forming a parallel Quad grouping of sorts with India, Japan and Australia. And now, he is looking to befriend Russia even as the UK leads a renewed effort to blunt Chinese aggression in the Indo-Pacific.

China, therefore, has a new enemy in the form of Britain, which is collaborating with all of Beijing’s enemies in the region.