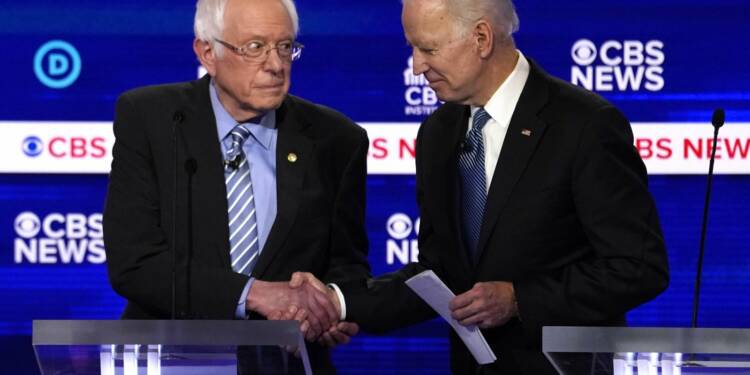 The Biden administration has finally started moving on Trump’s path when it comes to tackling China. Even though Biden started on a very different note by antagonizing Russia and going soft on China, the US President has changed tracks now. Biden is now looking to encourage cooperation with Russia while antagonizing China just like his predecessor Donald Trump.

But Biden will ultimately take a u-turn because there is another thought process working simultaneously with Biden’s latest move to pivot against China. We are talking about the pro-China opinion pursued by Bernie Sanders, a radical socialist who remains ideologically strong in the Democratic Party with his followers, the “squad” and other radical progressives who vouch for cooperation with China and refuse to drop the anachronistic fight against Russia.

We do know that Bernie does exercise influence upon the Biden camp. In fact, Bernie’s supporters had infiltrated into Biden’s Presidential campaign. Ultimately, Bernie Sanders was able to hijack Biden’s campaign on key issues like illegal immigration and minimum wages. In fact, Bernie may seem to have taken a backseat but he has remained influential while working in the shadows.

Even on the issue of China, Bernie wants to influence Biden. Bernie has penned a long article that argues resolving all global challenges would need cooperation “with China, the most populous country on earth.”

Bernie mostly tried to downplay the threats posed by China and called for engagement with the authoritarian nation that simply refuses to follow the rulebook.

The radical Democrat said, “The United States should continue to press these issues in bilateral talks with the Chinese government and in multilateral institutions such as the UN Human Rights Council. That approach would be far more credible and effective if the United States upholds a consistent position on human rights toward its own allies and partners.”

So, Bernie’s solution is to ask China not to steal American technology and not to violate human rights of its ethnic minorities. For some mysterious reason, he believes that Beijing would simply comply. At one point, Bernie actually adulated China.

He said, “China deserves acknowledgement for the steps it has taken to provide vaccines.” Of course, Bernie doesn’t mention that most of these Chinese vaccines don’t work and countries like Seychelles have literally been duped by the paper Dragon. The 79-year old Democrat wants to push cooperation with China at any cost, even if it means letting the Communist nation erode American influence in world affairs.

Bernie has his own ideological agenda to run, which probably dictates his tendency to downplay China’s wrongdoings. Unfortunately, what he says or pursues does have a tendency to strongarm Biden.

Presently, Biden is going soft on Russia. He even argued, “Russia is in a very, very difficult spot right now. They are being squeezed by China. They want desperately to remain a major power,” while explaining why Russian President Vladimir Putin would want to work with the United States and other countries.

Read More: Gangs are in possession of thousands of US military Rockets launchers and guns, but Biden is more interested in disarming law-abiding civilians

Biden is ready to drive a wedge between Moscow and Beijing, and he is also suggesting how China’s “big objectives” might pose a “danger” to Russia. And Biden isn’t exactly exaggerating here. China’s big ambitions pose territorial dangers to everyone including Russia, given China’s ambitions in the Russian Far East, Central Asia and the Arctic.

Biden wants to pivot against China while developing a mutually beneficial relationship with Russian President Vladimir Putin. But a 79-year old Democrat, Bernie Sanders, will most certainly succeed in strongarming the US President and compel him to take a U-turn on the China front.