Musings from French press: As Merkel hangs her boots, Macron looks set to take up the leadership of the EU 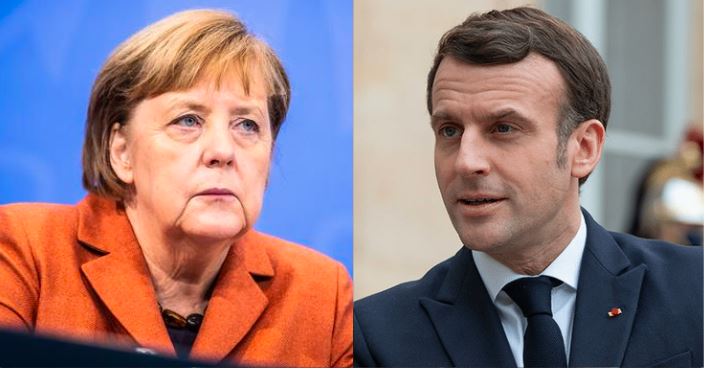 German Chancellor Angela Merkel is about to retire from active politics. With her career coming to an end, France is eyeing for a major change in the EU. To be precise, French President Emmanuel Macron thinks that this is his opportunity to take up the leadership of the European Union. The signs are also becoming very clear from what we see in the French media.

For years, France and Germany were seen as the two powers driving the European project. Macron and Merkel too were seen as good friends and as such, it was hard to anticipate that there would be any differences between Paris and Berlin. Yet, with Merkel hanging her boots, the French press is getting extremely critical of Germany. This seems like an initial sign of Macron’s bid to emerge as the tallest leader within the EU.

French current affairs magazine Marianne, for example, described Germany’s relationship with France as “thirty years of infidelity”. An entire issue of the magazine this month was devoted to how Germany has been “fleecing France” for years.

Another French magazine, Valuers Acteulles, which represents conservatism also slammed Germany. It even dubbed Germany as the “tyrant of Europe”. The magazine also accused that Berlin always puts its own interests above those of the entire EU.

Valuers Acteulles also identified Germany as the culprit and the mains driving force behind the EU-China investment agreement which was signed in December. The agreement had raised eyebrows in Washington and had also led to widespread criticism in France.

What the French media is saying about Germany is nothing out of the blue. Over the recent past, Paris and Berlin have moved in different directions concerning key issues before the EU such as tackling the China threat, handling Turkish aggression, negotiations with Britain and the contemporary role of Europe independent of the US.

The differences between France and Germany seldom played out in public, because Macron and Merkel have shown restraint. Yet, at least times, the deep differences between the two European neighbours did go public. Last year, Macron sharply criticised German Defence Minister Annegret Kramp-Karrenbauer for her op-ed arguing “Europe still needs America.”

What Kramp-Karrenbauer said went against Macron’s “strategic autonomy” philosophy for Europe. This is exactly where France and Germany differ. The flamboyant French President believes in sticking his neck out and fighting for Europe’s interest. He is always ready to send in the French military if any of the European allies are in danger.

Macron also brings in all his diplomatic capital to the table when it comes to arguing for Europe’s interest. He simply doesn’t see the need of keeping the US involved.

On the other hand, Germany has grown into a mercantilist power under Merkel. Germany’s tendency has been to outsource military protection to the US and focus completely on economic growth. Berlin also tends to examine its own interests before considering the interests of the European Union. Also, Berlin has been reticent in getting militarily involved even if the European allies face imminent danger.

Therefore, when Turkey was terrorising EU members – Greece and Cyprus in the Eastern Mediterranean, it was France, which sent in the military to rescue the two EU members. Germany, on the other hand, was too reluctant to harm its close ties with Ankara.

Similarly, France contributes most of the troops among all European nations in the Sahel region. Presently, 5,000 French troops are deployed in the African region under Operation Barkhane.

At a diplomatic level, the differences between France and Germany played out last year on the subject of European access to British waters for fishing.

The fishing rules in the EU are highly liberalised. Fishing fleets of every EU country have full access to the waters of other EU members, except the first 12 nautical miles that form a country’s territorial waters. But Brexit is going to change this as far as the British waters are concerned. Yet, Macron’s position was clear- he wanted to either retain the present share of fishing in British waters or no deal at all.

Germany, however, claimed that Macron’s approach would leave the EU empty-handed. As per The Sun, Germany warned Macron that all EU members would find their boats shut out of British waters and quotas cut to “zero” if Paris didn’t compromise.

The biggest bone of contention however remains China. Beijing is a leading trade and investment partner for Berlin. Last year, Germany even compelled the entire EU to sign a harmful investment deal with China that gives the Communist nation deep access into European markets while Beijing continues to suppress Hong Kong’s pro-democracy movement and operate concentration camps in Xinjiang.

At home, the investment deal has become a political burden for French President Emmanuel Macron, which culminates in further anger against the Merkel administration.

And then, actions like the EU-China deal also make Paris believe that Germany is actually placing its own interests above those of the EU. The French media is therefore not only playing up the differences between two European neighbours but also affirming how a mercantilist Germany is unfit to lead to a big power bloc like the EU.

This is perhaps the precursor to a big geopolitical change as Macron looks to take over EU leadership as soon as Merkel leaves office.

‘Don’t push Russia into China’s lap,’ Trump takes on Biden for his Russia policy and asks him to focus on China first

G-7 is powerless, leaderless and rudderless. The very reasons why Biden is pitting it against the Chinese