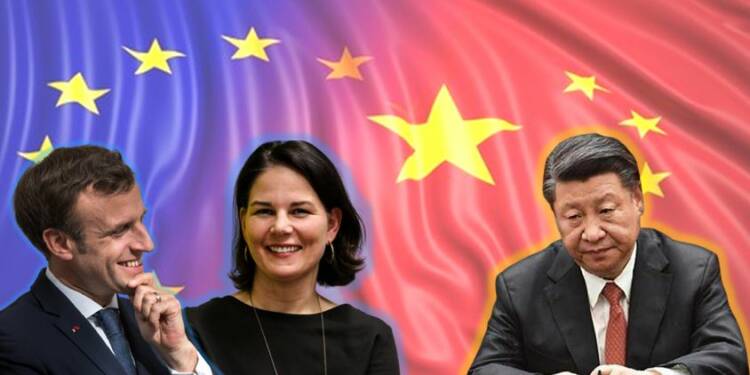 Angela Merkel is history now. Her legacy is something that the human rights watchers will prefer to despise. The European Union (EU) under her leadership failed to address the challenges in the EU-China relationship. Trading with China simply means throwing your ethics and values under the bus, and Angela Merkel conveniently did that for 16 straight years. But now, she’s not there at the helm. She has waned, and so has the charm of the EU-China relationship.

Consider the EU’s new trade weapon for example. The EU is in the works for inking a law that would target nations that practice economic coercion against EU member countries. In other words, the bloc is drafting an anti-China law.

According to the draft proposal, “the anti-coercion instrument will target states that try to interfere in the legitimate sovereign choices of the EU or one of its 27 member states by applying or threatening to apply measures affecting trade or investment.”

Why the EU’s anti-coercion instrument is significant?

Interestingly, this draft comes close on the heels of Lithuania’s trade tussle with China. Lithuania is one of the few outspoken nations that prides itself in fostering closer relations with the island nation of Taiwan.

So, China decided to impose unofficial sanctions on Lithuania by removing the nation from China’s custom list. However, a mere four days after the anti-coercion instrument was unveiled, China meekly rolled back its sanctions and reinstated Lithuania’s status as a trading partner nation.

Brussels is also willing to toughen its position on human rights violations in China. The EU has signalled that it won’t tolerate human rights abuses in the supply chains of the companies operating in the EU. In other words, doing trade with China is going to be even tougher for EU companies.

Also read: Are China-Germany Ties likely to get sour?

Several politicians and NGOs in the EU are pressing governments to pursue a harder line on the human rights issue. The USA, for instance, has banned products originating from Xinjiang — a place also dubbed as Uyghur Muslims’ graveyard. The EU wants similar laws and conditions for its companies. However, corporate lobbying risks jeopardizing this legislation in stillbirth.

Last Monday, the European Commission’s in-house quality control squad gave a red light to the draft law on the supply chain, for the second time. It was a rare occurrence, and a strong indication of the challenges lying ahead.

Earlier this month, the European Commission had also unveiled a plan called the “Global Gateway“, to invest €300 billion ($340 billion) globally by 2027 on infrastructure projects, digital connectivity and curbing climate change. This was seen as the EU’s move to provide for an alternative to China’s Belt and Road Initiative (BRI) to the developing and the underdeveloped world.

Change of guard in the EU:

So, what exactly is driving the EU’s tough policy on China? It can be partly, if not solely, attributed to Angela Merkel’s exit. On Thursday, Olaf Scholz took charge as Germany’s Chancellor from Angela Merkel. In a ‘Coalition Agreement’ signed by the new German government, it has been laid out that China will be treated as a “systemic rival”.

The new German government will have its foreign policy led by the Greens Party, which is by far the most China-skeptic party in Germany. Its leader, Annalena Baerbock has been made Germany’s new foreign minister, and she is not pulling her punches in any manner.

In an interview, Foreign Minister Baerbock said, “In the long run, eloquent silence is not a form of diplomacy, even if it has been seen that way by some in recent years.” Baerbock made it clear that the new coalition government would not continue the course Angela Merkel pursued during her 16 years at the helm.

Eruption of the EU-China tussle:

The EU’s newborn anti-China policy is expectedly sending shockwaves in Beijing. Red flags were raised last week when the EU threatened China with sanctions under WTO (World Trade Organisation) norms should China continue to bully Lithuania or any other member country of the EU. The bloc had also reportedly warned China of serious ramifications on the EU-China trade ties, if Lithuania is not treated as an equal partner by China.

In response, China’s envoy to the EU went berserk and warned the EU that China won’t change its stance on the Taiwan issue. Last Tuesday, China’s ambassador to the EU, Zhang Ming had said, “If anything changes, it is that the Chinese people’s resolve to realise complete reunification of our country grows even stronger.” If some media reports are to be believed, China is also planning to replace its envoy in Brussels with an old-school wolf warrior diplomat, which may further strain the already-fragile EU-China trade relations.

So, a trade war between China and the EU looks a greater possibility now. Change of guard in Germany and Macron’s anti-China push are two big factors driving this tectonic shift in the EU-China relations. If developments occurred over the past two weeks are any indication, the fate of the EU-China relations looks extremely shaky now.